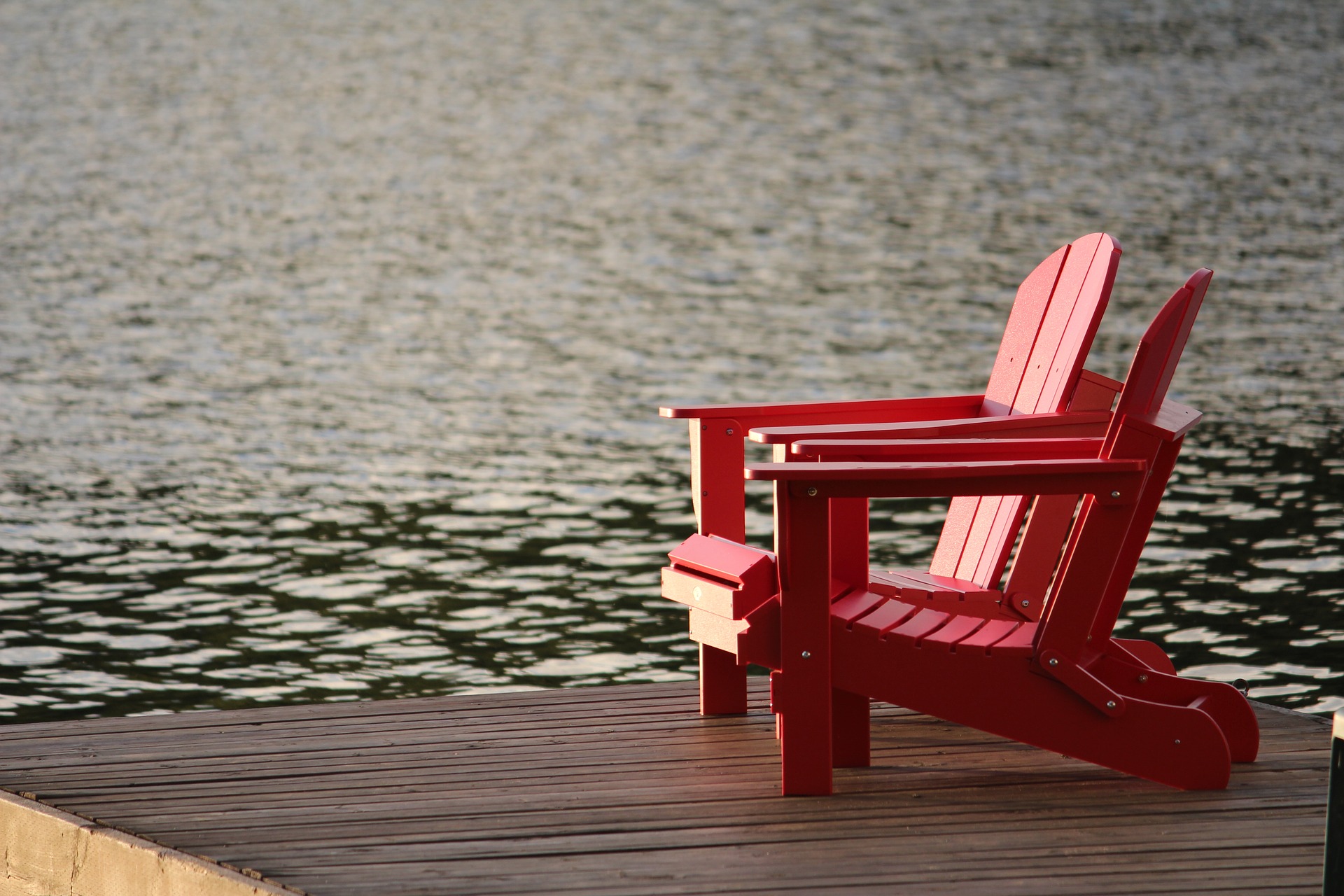 One of the most common misconceptions about retirement is that people are always looking forward to it. However, did you know that there are physicians out there who face an identity crisis when the countdown to retirement closes in?

With the baby boomer generation slowly approaching this stage in life, the demand for new employees in healthcare is at an all-time rise. If you’re interested in finding out more on the topic of retirement and the latest stats and facts, check out the numbers below.

The Top 10 Most Startling Retirement Stats

Most of you may already know that the average American retires just before turning 60, but were you aware that there are more than 49 million retirees in the United States? More than half of the retirees, 54.74%, are women, and 45.26% are men.

According to the latest retirement statistics from 2019, 66 is the full retirement age for individuals born between 1943 and 1954. While this is the retirement age in America, in Sri Lanka, people retire at the age of 55, and in Libya, retirees need to reach the age of 70.

According to rough estimates, women live 4 years longer than their male counterparts. The average female’s life expectancy is 72 years, whereas the average male’s is 68 years. The country with the highest life expectancy is Japan (83.7 years), followed by Switzerland (83.4), and Singapore (83.1).

4. Lancaster, Pennsylvania, is the number-one place to retire in the United States.

Based on the latest retirement stats, the Red Rose City is considered the most desirable place to retire in the United States, first and foremost because of its excellent housing affordability. In fact, the median value of a home in the city is estimated to be 40% below the average on a national level. Also, the crime rates when it comes to property crimes are surprisingly low.

5. Overseas, the retirement facts show that the number-one place for retirees is Panama.

Even though many consider living in Panama an alternative to living in Florida, it’s much less expensive than the US state. Not only that, but Panama offers a wide array of discounts via the Pensionado Program, the country’s retirement program. It’s quite simple to enter the retirement program, and your monthly income needs to be only $1,000.

As already mentioned, one of the most popular beliefs about retirement is that everyone looks forward to it. However, according to the U.S. Census from 2016, the percentage of physicians who still choose to work is up from 26% since 2010. Also, the average age of licensed physicians who are active is 51.

7. According to the statistics on retirement, most physicians plan to retire at the age of 68.

One of the main reasons physicians decide to retire later than other professionals is due to the fact that they start their careers later in life. These shocking findings—which are based on a 2017 survey of physicians aged 50 and older—can be compared to the average age of retirement for all Americans, which is 63.

8. A mere 32% of surveyed physicians claimed that they look forward to retiring.

However, according to the retirement facts and statistics, many professionals find retirement attractive because it means that they can travel more and spend more time on their hobbies. Nevertheless, 48% of the respondents in the 2017 survey claimed that they still plan to volunteer or work part-time.

9. Based on a report from 2018, 80% of physicians are satisfied with retirement.

The survey from 2018 was conducted on more than 1,200 retired physicians, of whom the majority are content with what retirement has to offer. However, these retired professionals assert that it’s important to find a new interest to focus on in retirement.

Not only that, but the numbers show that on average, a household led by a retiree makes $48,000 annually without taxes. The data from the Bureau of Labor Statistics may easily be contrasted with the yearly average pre-tax income and expenditures for all households in America, $74,000 and $57,000 to be exact.

11. In the case of retirement savings, statistics indicate that Social Security paid out $1 trillion in benefits in 2018.

This is the largest source of income for retired citizens of the US. Furthermore, the data shows that the average monthly Social Security benefit for retired professionals as of May was $1,412. Meanwhile, the income from government and private pensions plus Social Security add up to almost $24,000 per year, or half the income of a typical older household in America.

12. Only 1% of 2,012 surveyed retirees claimed that their primary source of income during retirement was from an inheritance.

When comparing different types of income in retirement, statistics show that if you’re hoping for an unexpected inheritance, you might want a backup plan. A pension plan is a much more reliable source of income after retirement. Unfortunately, almost half of the workforce in the private industry doesn’t have this option, making it even more important to set up a 401(k) or IRA.

Retirement facts from 2019 show that as an increasing number of baby boomers approach retirement, conversations about the best ways to generate satisfactory retirement income from retirement assets are growing. Based on the numbers, the median retirement income in 2019 for those aged 55–59 was $73,645, whereas it’s $31,893 among those aged 75 and older. According to other upsetting numbers, 50% of Americans who are 65 or older have an income of less than $24,224 yearly.

15. Those in their 20s should save 10%–15% of their gross income, according to the statistics on retirement savings in America.

Certainly, everyone has their own individual goal later in life. Whether it’s retiring early, leaving an inheritance for children, or owning a second home, it’s important to have a backup plan for unpredictable economic factors or sudden medical costs. Hence, plenty of financial experts advise saving up early in life so that life during retirement may be more secure. Also, based on retirement income statistics, adults in their 30s should save up to 15% of their total income in a retirement fund.

16. Based on common wisdom, $1 million should be enough to live comfortably during retirement.

Surprisingly, $1 million may not last as long as you think it would. However, Mississippi is the state where your savings will last the longest (one million lasts 23 years). Meanwhile, in Hawaii, this amount will only last 11 years and 8 months. If you want to remain in a state with a higher cost of living, you may want to devise other, more secure plans for the days following retirement.

17. To calculate the right American retirement savings, statistics and research indicate that you’ll want to use the multiply-by-25 rule or the 4% retirement rule.

Instead of believing that a million dollars will save you from all your worries in retirement, consider using the multiply-by-25 rule. It estimates how much you’ll need by multiplying your preferred annual income by 25. On the other hand, the 4% rule is a method that says you need to be able to withdraw 4% during your initial year of retirement and then repeatedly withdraw the same amount of money, adjusted for inflation.

Baby boomers are the generation of adults born between 1946 and 1964. Naturally, as this generation ages, more and more individuals head into retirement. But as they do so, the baby boomer generation shows signs of a lack of preparation for their years in retirement—which is expected to come to a head in the following 10 years.

19. As more and more baby boomers consider retiring, stats show that 45% of adults belonging to this generation don’t have any retirement savings.

20. According to some retirement trivia on baby boomers, the main reason for the lack of funds was the 2008–2009 stock market decline.

The alarming stock market crash in 2008 and 2009 is considered the key reason boomers lack funds in their bank accounts, as many claim that the event frightened them and led to panic selling. According to the principal at Harbor Financial Group, Inc., Elyse Foster, the baby boomers are the first generation to face saving for retirement on their own.

21. As the baby boomers are retiring, stats indicate that around half of the present dental workforce will have retired by 2026.

22. In contrast to the baby boomer retirement statistics, nearly 20% of Americans aged 65 or older were still employed or looking for a job in 2018.

According to a recent report, the newest trend on the job market is the “gray wave,” or the employment of seniors in the workforce. The reason for this is that older employees are more experienced workers, and they have a richer institutional knowledge than younger workers.

23. 26% of inactive but not retired optometrists are adults aged 65 or over.

24. Patients of surgeons over the age of 60 have a higher mortality rate for certain surgical procedures, according to facts on baby boomers’ retirement problems.

This is a problematic question: At what age are surgeons unfit to carry on performing certain surgical procedures? A huge study of Medicare patients came to the conclusion that professionals over 60 should not perform operations like coronary bypasses due to the large percentage of mortality rates. However, previous research examining the records of almost 900,000 Medicare patients found that procedures performed by more mature surgeons resulted in lower mortality rates, compared to physicians who were significantly younger.

A 2018 poll by Gallup found that there was a significant increase in baby boomers planning to work beyond the age of 65, in comparison with 1995, which had an average of 13.5%. Furthermore, the age needed for Social Security benefits has risen, meaning that baby boomers and other individuals born after 1960 won’t receive full benefits until they turn 67.

26. According to retirement statistics from 2017, 27% of registered nurses planned to retire within the year.

The findings were based on a 2017 survey by AMN Healthcare dealing with the portion of registered nurses planning to retire in less than a year. According to the results, the percentage has increased since 2015, when only 16% of registered nurses were thinking about retirement.

27. Based on retirement statistics from 2017, 57% of psychologists in America who had retired weren’t working at all.

In fact, the findings show that 42% of retired psychologists remained working, whereas 1% were looking for new job opportunities. Also, 80% of the psychologists who continued working after retirement found jobs in fields related to psychology. Of those retiree psychologists not working, 61 was the median age of full retirement. Furthermore, men tended to retire later than women.

What does the average 60-year-old have saved for retirement?

Even though it’s recommended that individuals save at least four times their annual salary to maximize the amount of retirement plan savings, not many Americans do so. In the United States, the average income for individuals in their 40s is barely above $50,000, but $63,000 is the median retirement savings amount for this specific age group.

What percentage of Americans have enough for retirement?

What is the average retirement nest egg?

According to the newest analysis of over 30 million retirement accounts, Fidelity Investments found that the standard balance in corporate-sponsored plans (401k) was $95,600 at the end of 2018. For standard, rollover IRAs and Roth, the number showed $98,400. However, the various retirement account balances varied mostly by the age of the working individual. Keep in mind that even if an individual’s retirement nest egg is larger than average, this doesn’t automatically mean it will be large enough.

How much is the average pension in the US?

On average, the median annual pension benefit in the US ranges between $9,262 for individuals receiving private pensions to $22,172 for those receiving federal government pensions. Also, individuals receiving a railroad pension get $24,592. According to statistics, only 31% of present retirees have retirement income from their pension, which is a significant 6% drop over the past couple of years. Remember that individuals who receive this income are considered extremely lucky.

In conclusion, not only do individuals approaching retirement need to think about saving up for rainy days, but so too do people in their 20s and 30s. Hopefully, these retirement stats have opened your eyes to the reality of life after your career—and you or a loved one will be much more prepared for the brightness of the future. Luckily, the data covering individuals retiring from the healthcare industry are very optimistic.