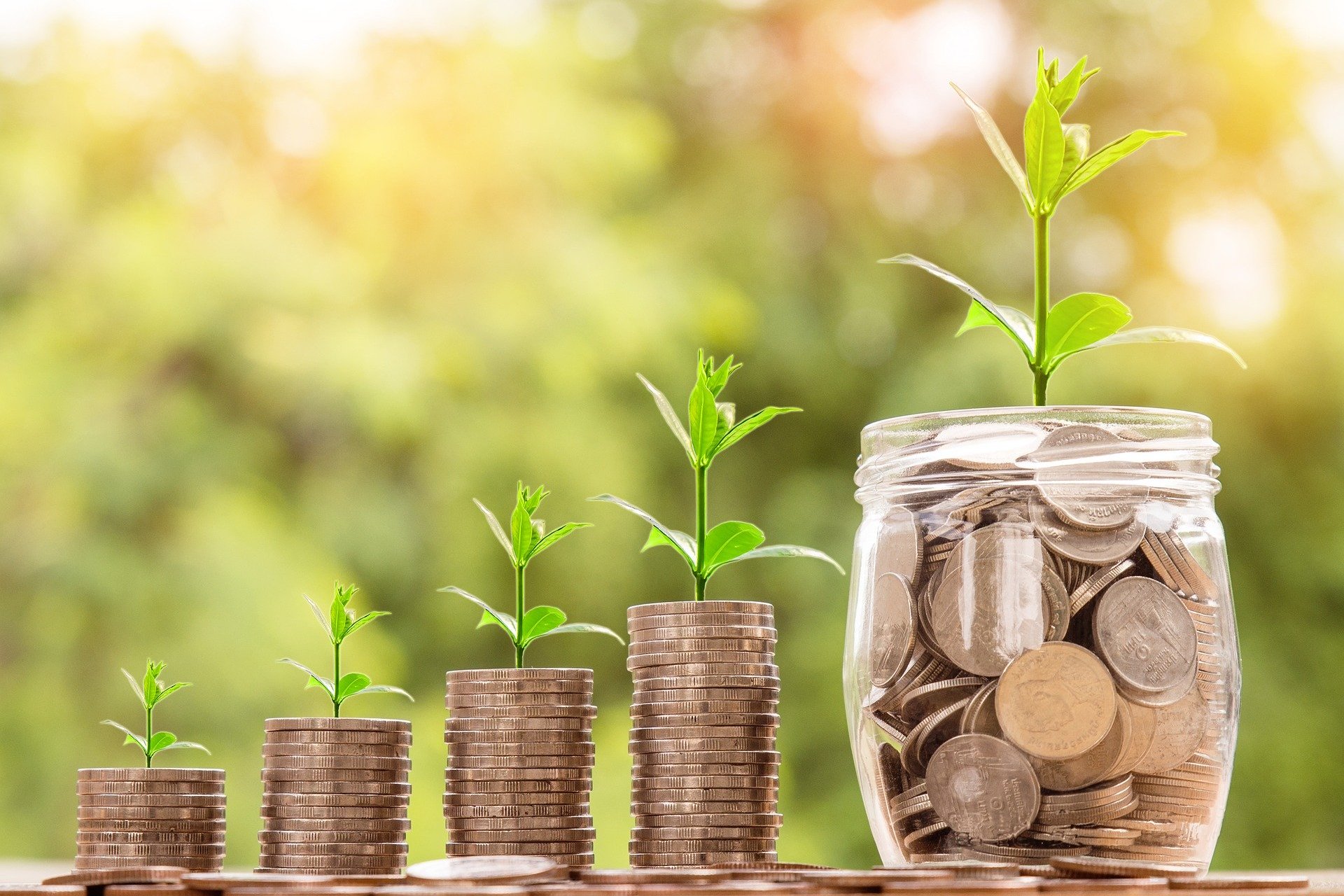 People dream of retirement as a well-deserved, hard-earned, and peaceful period of their lives.

Even though retirement can seem thousands of years away, if you don’t start saving and investing in your future on time, it will seem more like a nightmare than a dream once you reach your golden years.

Also, seeing how times have changed, and how relying on a pension is practically impossible nowadays, we have curated a list of the most important 401(k) stats that will help you boost your nest egg and prepare you for your much-deserved retirement.

A record number of 401(k) holders recently achieved millionaire status, and you can be one of them if you start investing right now.

If you seek answers to the aforementioned questions, just keep on reading!

But first, take a look at some eye-opening stats about 401(k) in general.

And don’t worry if you haven’t started saving in your early twenties, millions of people have started much later; it’s never too late to start investing in your future and saving for a peaceful and cozy retirement that you’ve always dreamt of, and these stats will prove just that.

Both plans are similar in many ways; they’re both company-sponsored retirement accounts where employees can contribute funds and employers can then match their contributions.

However, the traditional 401(k) plan reduces the employees’ income taxes for that year but is then taxed upon withdrawal.

On the other hand, with the Roth 401(k) plan, employees make contributions after their incomes have been taxed, but the 401(k) withdrawal itself is not taxed, according to the 401(k) definition.

3. Employers usually contribute to the 401(k) with 50 cents for every $1 their employees contribute.

Hence the reason why financial advisors recommend that employees contribute enough money to their 401(k) plans so they could get the full employers’ match.

When talking about 401(k) investments, options for people older than 50 are somewhat better as their total contribution limit sits at $63,500.

These limits represent the combination of the employers’ and employees’ contributions.

Despite these limitations, people can make additional contributions to other plans such as the 457 plan, a Roth IRA, or a traditional IRA, depending on the particular employees’ income and plans available to them.

According to 403(b) facts, this retirement plan is well-suited for employees of public schools and tax-exempt organizations.

What’s more, it’s almost the same as the regular 401(k). The only real difference is that employees can make additional yearly contributions for a lifetime, but only up to $15,000.

6. Self-employed people can contribute up to 25% of their net income to an Individual 401(k) plan.

There are also the options of a 2% fixed contribution, as well as a 3% matching contribution. Additionally, there are other retirement plans for self-employed people to choose from: the SIMPLE IRA plan, profit-sharing, money purchase, and the Keogh plan.

7. About 50% of all workers in the US have access to a defined contribution plan.

Defined contribution plans have slowly taken over the traditional pensions. Today, approximately half of the entire workforce in America has access to these plans.

Combined with other self-funded plans, retirement assets now account for more than one-third of all household financial assets.

8. Only 50% of all US adults have some sort of retirement plan.

401(k) statistics for 2018 report that barely half of all American adults have a retirement plan in place, which is approximately 100 million people, including those with pensions.

What’s even scarier is that, of these, 43% had no workplace savings whatsoever.

9. Every year, Americans are missing out on $42 billion in unclaimed 401(k) employer matches.

Simply put, the employer match is free money that millions of Americans are missing out on because they don’t contribute enough to their 401(k) plans.

More than 560,000 of these plans are 401(k) type of plans, making it the most popular employer-sponsored retirement plan in America, as well as the predominant retirement savings vehicle in the US, according to statistics on 401(k) benefits.

The participation rate has never been higher, but this is mostly due to the rise of automatic enrollment.

As 401(k) plan statistics reveal, when a retirement plan uses auto-enrollment, default rates are set low — hence why employees usually leave their contributions at those rates.

However, with the rise in auto-enrollment, the deferral rates have risen from 6.2% to 7.1% the past year.

The average yearly savings rate includes both the employer and the employee’s contribution, rising steadily over the years.

What’s more, around 30% of savers have also increased their contributions in just one year.

Compared to the $95,600 from the final quarter of 2018 — which was especially challenging due to the stock market’s poor year — this was a huge increase.

US employees appreciate the many opportunities that defined contribution retirement plans offer them.

Likewise, 91% of them claim that retirement plans like 401(k) help them think about their long-term future and not just their current needs.

This enormous difference between the average and median 401(k) by age is caused by a fairly small number of accounts that have big balances. Furthermore, when it comes to average vs median retirement savings by age, people in the 55–64 age group have the largest balance.

18. Saving 15% of your annual salary in a 401(k) plan should provide you with a nice retirement nest egg.

401(k) and 403(b) retirement plans are the main savings plans for millions of people. So, if you start saving in your younger days, you could save up to $1 million for your retirement.

19. If a person withdraws their 401(k) savings before they turn 59 ½, the IRS will punish them with a 10% early withdrawal penalty.

(Bank on Yourself, 401khelpcenter, Personal Capital)

This way, the IRS tries to protect their contributors from early withdrawal and unnecessary life savings spending.

However, there are some cases in which people can withdraw their 401(k) savings early and without serious consequences; the same rules apply to Fidelity 401(k) withdrawal, too.

Of course, there are some exceptions to this rule; for instance, medical expenses; the purchase of a principal residence; college tuition; funeral expenses, to name but a few. Naturally, the employer will need financial proof for a 401(k) hardship withdrawal.

This means that nearly 3 in every 10 Americans have used a hardship withdrawal or a 401(k) loan.

As the latest 401(k) information reveals, the reasons for early withdrawal include covering unexpected medical expenses, paying off debts, and investing in higher education.

21. Delaying withdrawals can also bring penalties — 50% of the difference between what should have been distributed, and what was actually withdrawn.

There is a possibility to delay the 401(k) withdrawal and maximize the benefits of tax-deferred growth, but only until April 1 the year after a person reaches the age of age 70½.

The most recent IRA facts state that after that point a required minimum distribution (RMD) should be withdrawn on an annual basis, or the 401(k) user will pay a severe penalty.

The penalty for not withdrawing the RMD is half of the difference between the sum that was withdrawn and the sum that should have been distributed.

There is an exception here, as well, and there will be no penalty if the 401(k) user’s spouse is their only beneficiary and they are 10 years younger than the 401(k) user.

Nowadays, people are more comfortable with general automation. Hence, it comes as no surprise that the number of automatically adjusted funds is also growing. In 2014, there were 10 investment options that 401(k) plans offered, and the majority of people have opted to “set and forget” their savings.

Furthermore, only 27% of 401(k) investors know how much they are paying for fees every month.

However, these fees are not hidden, the 401(k) provider will disclose them in a prospectus when the investor enrolls into a plan, and they also update them and send them to their users annually.

The largest 401(k) providers like Vanguard, Fidelity, and Merrill Edge, offer the lowest investment fees — just 0.52%, but the average fees can vary from 0.3% to 2%.

Today, fees are more reasonable for SMBs, whereas, in the past, larger plans paid less for their investment line-up compared to smaller plans.

Given the already small number of people who know that 401(k) investment fees exist, this information is scary; the situation can be fixed, however.

With a 401(k) calculator and the 401(k) plan’s annual fee notice, users can easily calculate how much they are paying for investment fees.

All-in fees vary greatly, from 0.2% to 5%, but the average all-in fees come around 2.2%. For investors with bigger 401(k) plans these fees will, naturally, be higher, but, smaller plans are more expensive, in the long run.

However, the reality is a bit different, and the annual return rate depends on several factors, including the contributions of 401(k) investor, fees, and investment selection.

28. Approximately 91% of employees can choose investments for their own contributions.

In addition to this, it’s estimated that around 76% of employees also get to choose investments for their employers’ contributions.

While it’s good that employees have increased control over the money they invest, the latest data that the Bureau of Labor Statistics has on 401(k) plans shows that this also requires more knowledge and effort on the investors’ part.

29. It’s estimated that 18% of sponsors are looking for a new plan advisor.

Sponsors who are in search of a new plan advisor usually have three main reasons.

They need an advisor with immense knowledge of the subject, they don’t receive enough support for employee education, or they have too many issues with their record keeper as 401(k) Fidelity has discovered.

Investment fees are not the only fees that users have to pay. There are also administrative and recordkeeping fees that cover the cost of running a 401(k) plan.

Then, there are also fiduciary and consulting fees that cover the cost of investment advice, fund lineup management, fiduciary support, participant enrollment, and education. In some cases, 401(k) companies subsidize the administrative fees with investment fees, which can lead to indirect payments to fiduciaries and consultants, which is also known as revenue sharing.

Hence, it’s no great surprise that this company is one of the most popular 401(k) providers.

A 401(k) is a retirement plan that allows employees of a company to invest in their retirement on a tax-deferred basis, by deducting money from their paycheck and investing it into the chosen plan. The employers can also make contributions towards these plans, but they aren’t obliged to do so.

Penalty-free withdrawals are possible after a person turns 59 ½ and are obligatory after the age of 70 ½. Both early and late withdrawals can result in penalties, with a few exceptions, of course, including paying for certain medical expenses, college tuition fees, funeral expenses, and so on and so forth.

The more you can contribute, the better. All in all, financial advisors agree that anywhere between 10% and 20% of your salary is considered a contribution towards your 401(k) account. Remember, your employers will also contribute to your 401(k) plan based on the amount that you put in.

How much to save for retirement can be a complicated question, with numerous possibilities and answers. Nevertheless, we hope that these 401(k) stats helped you make the right decision that will make your retirement the way you’ve always imagined it.

Yes, retirement can be an amazing period of your life, but only if you start planning for it on time. With the help of your friends, family, and financial advisors, this can be achieved quite easily.