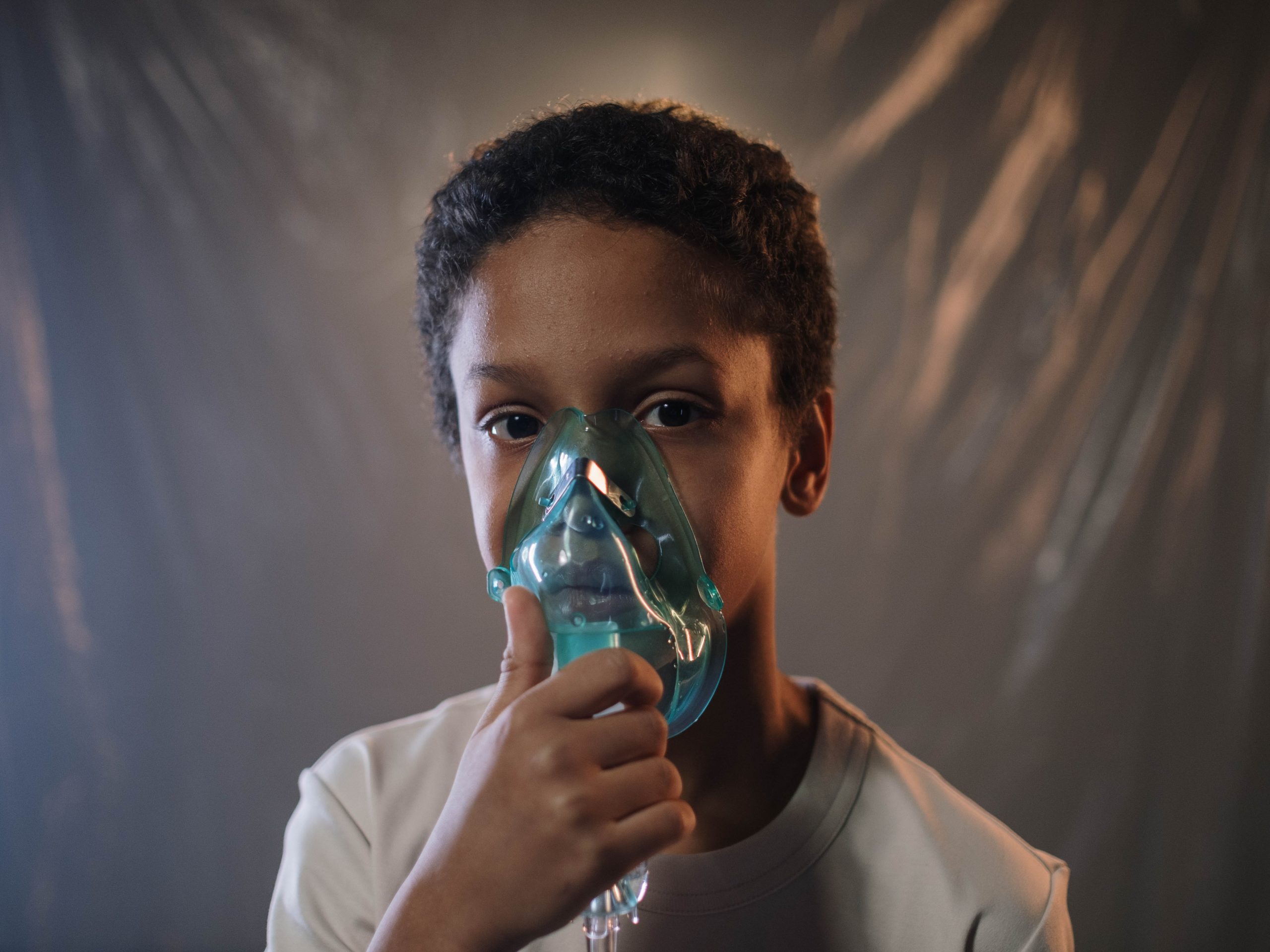 An average person makes approximately 16 inhalations per minute, which comes down to 23,000 breaths within a day. For most of us, this is an entirely natural physiological process. However, this is not the case for the growing number of people with bronchial asthma.

On the contrary, for them, breathing can sometimes be a serious problem. Knowing the key asthma statistics can help us to better understand this chronic inflammatory disease of the airways.

Education is crucial for the management of asthma since it can contribute significantly to the effectiveness of available treatments. In this post, we will present the most recent and significant statistics and facts on bronchial asthma that may help patients live their everyday lives with greater ease and comfort.

What Is Bronchial Asthma?

1. Bronchial asthma is a condition that affects people of any age and usually begins in infancy.

Asthma is a common lung condition that causes respiratory problems, usually of reversible nature. Asthma causes narrowing of the breathing paths, impeding the air from going into and out of the lungs.

The immune system also plays a vital role in the occurrence and development of bronchial asthma. There is no cure, but some medications can control the symptoms and prevent the complications.

2. Asthma is the most prevalent respiratory condition in children worldwide.

Asthma statistics worldwide for 2020 showed that more than 339 million individuals have asthma and that around four million children develop asthma each year on a global level.

3. The most common causes of asthma are allergies to dust mites, pollen, and animal hair.

Asthma is a complex disease, influenced by both internal and external factors. Aside from the genetic basis inherited by our parents, external triggers such as pollution, cold weather, cigarette smoking, chemicals, physical exertion, and some medications can be crucial in the development and exacerbation of asthma.

CDC asthma statistics on morbidity demonstrated a 7.7% and 7.5% prevalence of this disease in adults and children, respectively, in the US for 2018.

The Most Prominent Asthma Signs and Symptoms

5. The top asthma symptoms are coughing, chest tightness, wheezing, and shortness of breath.

About 13.6% of patients with asthma suffer from nocturnal cough, 12.3% complain of chest tightness, and 13.1% of wheezing.

6. Being too breathless to talk, eat, or sleep can be a symptom of asthma.

Other asthma symptoms include rapid breathing and heartbeat, drowsiness, confusion, exhaustion, or dizziness. In severe cases of asthma, patients can faint, or their lips could turn blue.

7. The occurrence of asthma is strongly linked to age, smoking status, and location.

Smoking and asthma facts confirmed that the prevalence of this disease is strongly associated with people’s smoking status and other factors.

In the case of allergy-induced asthma, immunotherapy may alleviate the symptoms and reduce the chances and severity of exacerbations.

9. 6.6% of patients with gastroesophageal reflux display symptoms similar to those of asthma.

Undiagnosed gastroesophageal reflux may look like atypical asthma, which makes diagnosing it difficult. However, additional symptoms such as chest pain, dysphagia, dyspepsia, and rash typically aid the reflux diagnosis.

10. In the US, there are 1.6 million asthma admissions to emergency departments annually.

The same set of asthma statistics for 2018 shows that that the number of visits to the physician, as opposed to an emergency department, was much higher, amounting to 9.8 million.

11. The key medications for asthma usually come in the form of inhalers.

Treatment of asthma helps manage the symptoms so that the patients can maintain everyday healthy life. Amongst the most common medical devices for asthma are inhalers—they help patients to breathe.

There are three kinds of inhalers, those that relieve symptoms when they occur, those that are meant to prevent the onset of symptoms, and the combination of the two.

12. 80% of deaths from asthma occur in low and middle-income countries.

Which just goes to prove what the official asthma statistics have been implying about the effectiveness of the currently available therapies for asthma, and the importance of making them globally accessible.

Long-term use of inhaled corticosteroids in children can significantly impede the development of asthma and increase the degree of control over the condition. Even though they rarely cause side effects, they have been linked to mouth and throat inflammation, and oral yeast infections.

14. In the US, asthma is most prevalent in non-Hispanic black boys from low-income households.

Statistics showed that non-Hispanic black children and children of Puerto Rican descent develop asthma more often than people in other demographics and that this condition is more common among boys than it is among girls.

Only 54.5% of children who take medications for asthma control take them daily as recommended. This increases the risk of exacerbations, complications, and even death.

16. Impaired lung function in childhood may persist later in adulthood.

Asthma in children may reduce lung development and function, causing breathing difficulties later in life. However, sometimes no additional progressive loss of lung function is observed.

17. Children with poorly controlled asthma miss school one and a half times as often.

According to asthma statistics, worldwide asthma-related absenteeism from school is associated with poorly controlled asthma as is the fact that these kids are making three times as many visits to the emergency room as their peers.

The prevalence of asthma attacks decreased from 61.7% in 2001 to 53.7% in 2016. It is assumed that the significant decline of hospitalizations and emergency visits of children is due to improved education on managing their asthma, recognizing the early signs of an attack, and responding to them appropriately.

Asthma statistics in the US for the 15-year period showed a decline observed across all sexes, ages, and racial/ethnic groups of children.

19. Moisture levels ranging from 40% to 50% in the room prevent asthma exacerbations.

Adding humidity to the air may reduce the effects of asthma for some people. However, it is crucial to keep the moisturizing within the prescribed range. Otherwise, higher humidity may promote dust mite or bacteria growth and exacerbate asthma.

The American Academy of Allergies, Asthma, and Immunology (AAAAI) recommends frequently cleaning the humidifier and using distilled or demineralized water.

Based on the available asthma stats, AAAAI also recommends developing an asthma action plan. The purpose of the plan is to help the patients control asthma better.

It includes information about the daily medications use, managing asthma attacks, and long-term control of asthma symptoms. There are three color-coded zones—green, yellow, and red. The yellow is alerting you of a potential problem, whereas the red requires seeking immediate medical help.

21. Education of the parents of asthmatic kids leads to clinically meaningful change in disease control.

Asthma statistics demonstrate that properly applied parenting skills can increase the adherence to the inhaled corticosteroids from 72.9% to 100.0% in just six months. This also leads to an increased percentage of children with controlled asthma, enhanced children’s confidence, and reduced problematic behavior.

It was shown that knowing various facts about asthma, like the nature of the disease, types of drugs, methods of using them, and the procedures involved in asthma attacks management, can be extremely beneficial for both parents and children with bronchial asthma.

Monoclonal antibodies against immunoglobulin E (anti-IgE), interleukins 4 and 5, and their receptors, significantly improve the quality of life of patients and reduce the oral corticosteroids use by half.

Approximately 9.2% of boys develop asthma in comparison to 7.4% of girls. The reasons for this skewed asthma prevalence based on sex are not known.

24. Total direct and indirect costs of uncontrolled asthma in the US for the next 20 years are projected at about $963 billion.

The economic burden of asthma in the US for the same period was estimated at $300.6 billion in direct medical costs. When it comes to the projected cost in the quality of life for the same period, it was equated to the loss of 15.5 million years with good health.

25. Levels of vitamin D above 25 nmol/L protect from asthma exacerbations.

A systematic review from 2017 demonstrated that vitamin D supplementation might reduce asthma exacerbations that would otherwise need to be treated with corticosteroids for chronic asthma by 36%.

This is not only caused by the limited access to healthcare services, medicines, etc., but also by the living conditions typical for low-income households, like exposure to common asthma triggers such as pollution, dust, cockroaches, and animal dander.

Recent asthma statistics by race indicate higher serum levels of IgE and higher prevalence of bronchial asthma symptoms in African Americans than in the general US population (10.1% vs. 7.9%, respectively).

Moreover, their mortality rates are more than twice as high as those recorded in the general population (22.7 vs 9.9 deaths per million persons).

28. Around 50% of African American children with poorly controlled asthma had a positive reaction to enhanced therapy.

According to asthma statistics for 2019, almost half of the African American children with poorly regulated asthma had a superior response to elevated glucocorticoid doses and to the addition of a long-acting beta-agonist.

29. C-section is associated with an increased risk of childhood asthma.

Updated systematic review and meta-analysis from 2019 showed that C-section (overall, elective, and emergency) increased childhood asthma risk. The meta-analysis included 37 studies with millions of kids. This association is still investigated. However, it is suggested that the microbiome changes occur at birth, depending on the delivery mode.

Studies demonstrated that vaginal birth is beneficial for developing a “good microbiome,” unlike the C-section. However, it was also shown that breastfeeding could reverse the adverse changes in the microbiome. Although some non-controlled studies questioned this relationship, asthma statistics worldwide for 2019 confirmed the observations.

Where is asthma more common in the world?

Five countries in the world possess the highest prevalence of bronchial asthma. With 21.5% of the population, Australia is the first, followed by Sweden (20.2%) and the UK (18.2%). The next two countries are the Netherlands and Brazil, with asthma’s prevalence at 15.3% and 13.0%, respectively.

Compared to the global prevalence of asthma, which is 8.6%, all of these countries have a doubled or tripled prevalence of bronchial asthma.

How many people die from asthma?

Around 300 million people worldwide are affected by asthma. Annually, WHO estimates around 15 million disability-adjusted life-years lost, and 250,000 asthma deaths worldwide.

Approximately 10 Americans per day die of asthma, accounting for 3,564 asthma deaths in 2017 in the US. With the right treatment and care, all of these deaths can be avoided. Women are more likely to die of asthma than men.

How many children die a year from asthma?

However, deaths attributed to asthma are rare among children. The number of deaths increases with age, as the American Lung Association stated.

Which state has the highest asthma rate?

In the US, the state with the highest lifetime prevalence among adults is Oregon. It was estimated that the prevalence of bronchial asthma in this state is 17.6%, according to Statista (2020). The reasons for the highest asthma rate in Oregon have not been made clear.

In some cases, asthma attacks could be caused even by substances used in everyday life. That’s why knowing the triggers and avoiding contact with them is instrumental in maintaining a good quality of life.

However, the goal of asthma control is to live a life without the disease’s restrictions. The global asthma awareness due to known asthma statistics and modern approaches makes it possible for most people suffering from this disease to live without problems.