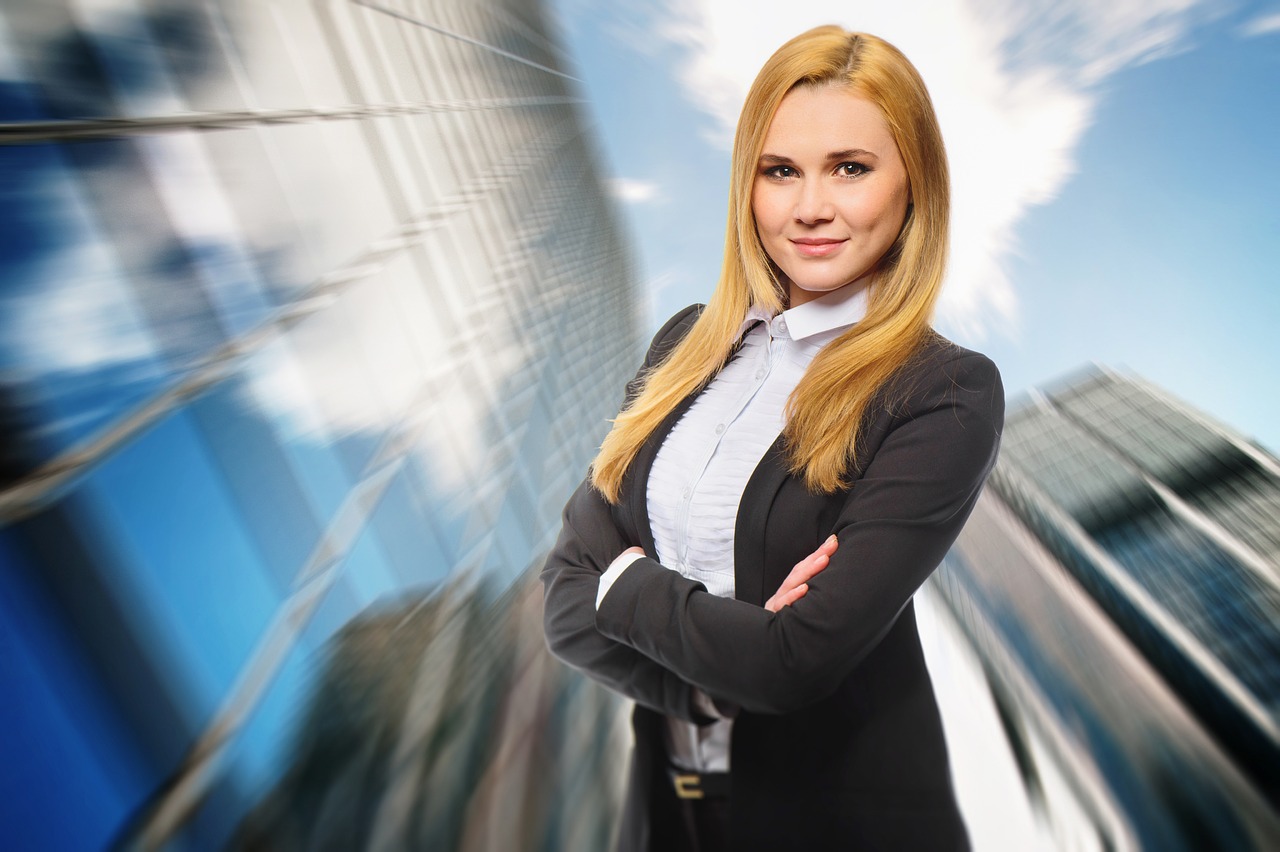 Considering that they spend the largest portion of their waking hours working, it’s no wonder that people want to find satisfaction in what they do for a living. Did you know that only half of the American working population reports feeling satisfied with their jobs? That’s why we’ve gathered some absorbing job satisfaction statistics—so you can gain insight into what exactly makes workers happy or unhappy with their jobs, and what might help improve their performance.

When opting for a career path, satisfaction and effortless self-motivation are most certainly of the highest priority. Self-motivated employees are more likely to work productively and build a steady career, as well as meet the expectations of employers. So read on to find out what it takes to keep employees excited about their work!

What Is Job Satisfaction?

As the very phrase suggests, job satisfaction is an employee’s positive attitude toward their job. It’s heavily dependent on their own expectations and performance, but other factors as well, such as salary, the amount of responsibility they have, work atmosphere, coworkers, advancement opportunities, etc.

1. Americans of all ages and incomes are becoming increasingly unhappy at work: 55% of them report dissatisfaction.

According to recent data on job satisfaction in the US based on a survey of 5,000 households, 45% of those surveyed say they’re satisfied with their jobs, which is a drop from 61% in 1987, when this survey was first conducted.

2. A US survey from 2019 shows that 90% of technology industry employees report job satisfaction.

Compared to other workers, those in the technology industry seem to be the happiest among the US workforce, and it’s no wonder. According to the job satisfaction statistics by profession (as obtained from 8,155 US workers), they report not only being paid better but also having significantly better advancement opportunities and that their performance is more valued.

3. In Western Europe, only 10% of workers are engaged in their work.

The figures are especially alarming in the UK, where the percentage of engaged employees has dropped to 8%, after years of steady decline. This could easily be due to the absence of any strong emotional attachment to the job.

A recent study suggests that of those who are uncertain about their job’s future, 13% also reported high dissatisfaction with their job (as compared to 2.5% of those with steady working positions).

5. Furthermore, workers in New Zealand who have good relationships with colleagues show a 91% higher rate of job satisfaction.

7. 81% of employees around the globe would consider leaving their job for another one, and money would not necessarily be the reason.

A 2017 study found that an enormous percentage of members of the workforce are thinking about other work, even if they’re satisfied with their current job. Contrary to what you might expect, money isn’t the only reason—23% of those who would accept another offer state they wouldn’t even need a salary increase to do so.

8. 23% of workers are happier at work when they receive clear work instructions.

According to the statistics on job satisfaction from 2019, workers are 23% more likely to not leave their jobs if their manager is precise in explaining their tasks and responsibilities. Leaving your employees perplexed over their daily tasks, wondering what is it they need to do, makes them frustrated and anxious. Research shows there’s a firm connection between a clear onboarding process and an employee’s loyalty, according to the employee satisfaction statistics.

9. Employees who feel their opinion is acknowledged are up to 5 times more likely to feel motivated to give their best at work.

While positive feedback is important to every worker, this isn’t nearly enough in an age that celebrates teamwork and collaborative employees who naturally expect any communication to go both ways. As per recent reports and additional employee retention stats, making sure that employees’ voices are heard contributes to equality and inclusiveness at work. Companies that implement these practices can benefit from listening to a wide range of perspectives, possibly enhancing their decisions and strategies.

10. Up to 58% of women trace their work dissatisfaction back to “following their dreams” when choosing a college major.

Recently obtained career satisfaction statistics reveal that over half of the women surveyed reported that they chose their “dream” college major, which eventually didn’t pay off. 35% of them either would take or did take a job they didn’t particularly enjoy just to pay off their debts. Furthermore, more than 30% of them admit they were indecisive about what career path to opt for prior to college.

11. Overall, in 2017, Americans never took approximately half of their paid vacation, which might have increased their job dissatisfaction.

Yet another cause of job dissatisfaction might be hidden in the fact that Americans tend not to use their vacation (10% never take days off at all). Further job satisfaction news shows that the key reason for not taking days off is the fear of falling behind. However, not getting any rest from everyday job duties results in accumulated stress and might lead to greater job dissatisfaction even in the biggest of workaholics.

12. Income satisfaction among millennials is on the rise.

In 2019, satisfaction regarding wages among millennials rose by 9.8% among those under 35. Still, workers aged between 33 and 54 are the most satisfied of the workforce. What makes workers most pleased with their work conditions are their commute, coworkers, engagement, work atmosphere (including their physical environment), job steadiness, and management structure.

Employee retention statistics from 2018 indicate that the top reasons for leaving were a disappointing onboarding program, a lack of clarity regarding expectations, or a bad-tempered boss. The good thing is that all of these are highly controllable by a company’s management team, once they’re aware of what they need to do to ensure employee retention.

14. Over 65% of managers state that the employees who work from home are more satisfied, and therefore, more productive.

For some people, nothing feels as good as staying in bed while still getting work done, according to the job satisfaction statistics from 2019. Several different statistics based on reports by managers and their employees also support the idea that working remotely can be beneficial to both a company’s productivity rates and employee satisfaction.

15.  77% of employees believe flexibility at work increases their satisfaction and productivity.

For most, a flexible work atmosphere is directly related to productivity. Since it seems that flexibility makes workers happier overall, it’s essential that employees pay attention to whether they’re being flexible enough toward their workforce, especially regarding their goals.

16. LinkedIn has employee engagement statistics from 2018 indicating that 86% of healthcare workers report that feeling proud of their employer leaves them exceptionally satisfied with their work.

In addition to having coworkers whose company employees enjoy, the key factors of job satisfaction in healthcare workers are the following: taking pride in their company and overall sense of purpose (64%), flexibility and finding a balance between work and private life (55%), and a positive, accepting work environment (45%).

17. Tax consultants, accountants, and auditors are the professionals most likely to report job satisfaction, according to the job satisfaction statistics from 2017 in the USA.

According to studies, a good work-life balance is what contributes significantly to job satisfaction. Whether this is possible due to the work’s seasonal nature, or these workers are simply well-trained in organizing their time, they mostly report that their work provides them with lots of space for other enjoyable activities. Based on the appeal of these professions, another factor behind job satisfaction in the US might be freedom from overbearing managers.

18. 80% of workers whose family income is $75,000 per year or more report high satisfaction with their family lives.

A study has shown that a higher income usually leads to general satisfaction in terms of both professional and family life. Further statistics show that only 6 out of 10 in those with an annual income of less than $30,000 reported being “very satisfied” with their family lives.

19.  Do you know what it means to be micro-managed? Research into job satisfaction and productivity shows that this is an often-neglected cause of work disengagement, negatively impacting 15% of employees worldwide.

If your manager is constantly looking over your shoulder, then unfortunately, you’re being micro-managed. From an employer’s perspective, this might seem like a good practice. However, it’s almost in no way beneficial for the employee, since they’re automatically discouraged from any kind of work autonomy—which gradually leads to disengagement and lower satisfaction levels.

While it’s difficult to tell how many people are happy with their jobs, the data we’ve reviewed confirms what all of us are more or less aware of: doing what you love while making money at the same time is ultimately fulfilling. However, while you might not be doing your dream job, there are certain levels of job disengagement that should raise an alarm.

In order to make room for overall improved performance, an employee should make sure they engage in enjoyable activities outside work as frequently as possible. The job satisfaction statistics we obtained also indicate that employers should be aware that low income isn’t the leading reason for someone to leave a job. Rather, problems such as poor communication, lack of positive feedback and recognition, inadequate onboarding processes, and so on, need to be addressed to keep a happy, robust workforce.