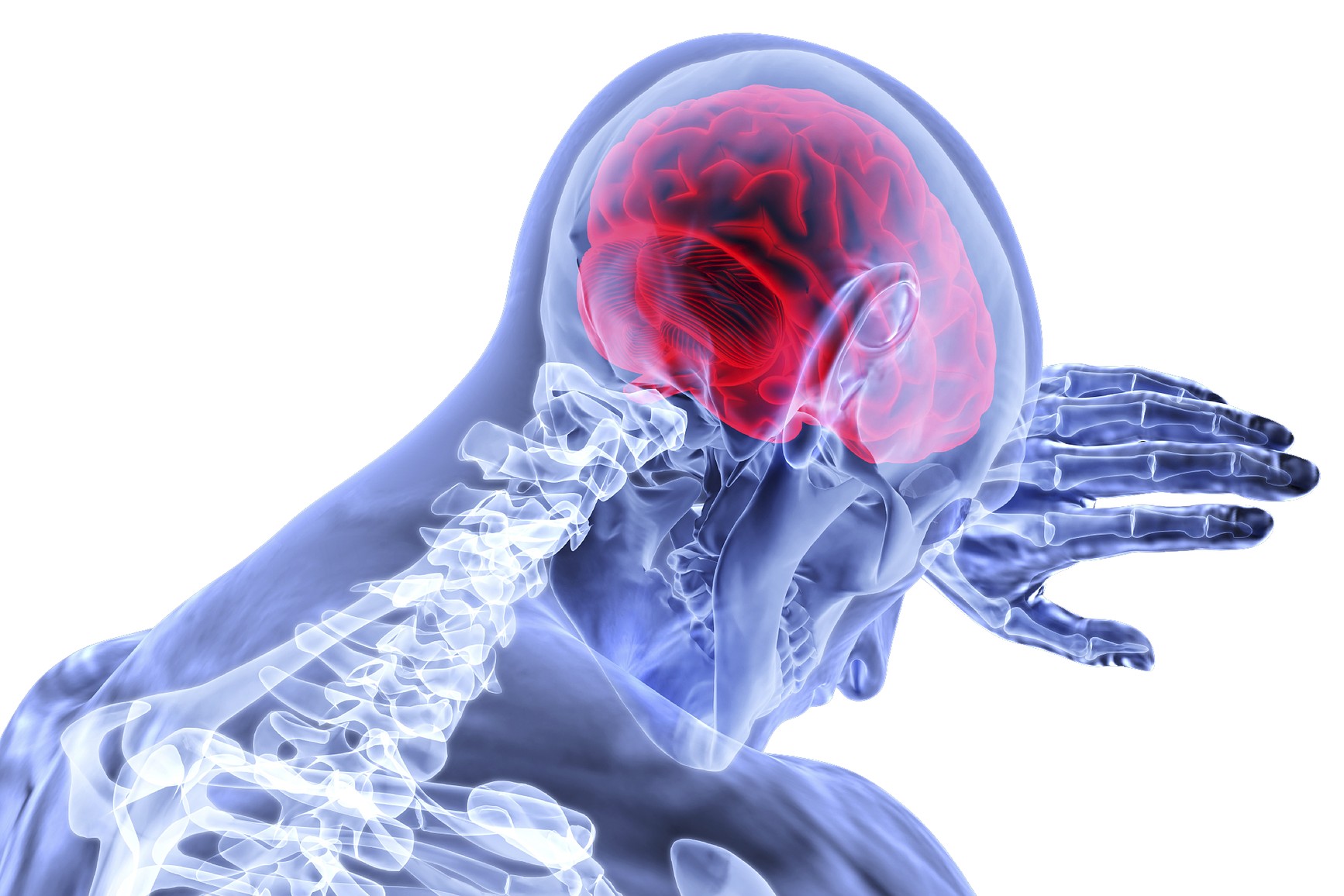 Epilepsy is a relatively common neurological disorder that results in various types of seizures, ranging from mild to life-threatening.

With the following epilepsy statistics, you will find out a whole lot more about this common neurological disorder that affects so many people.

Some people with this affliction have a good quality of life and can control their seizures with anti-epileptic drugs.

However, others struggle a little more when it comes to seizure-control and may end up living with a large amount of stress.

Read on to understand more about how it is treated, what the types of seizures are, and how the disorder is diagnosed.

There’s so much to learn about this disease and how people cope with it daily.

The Top 10 Interesting Facts About Epilepsy

1. It is estimated that 50 million people live with epilepsy worldwide.

This number shows how common this life-altering disorder is. In fact, it’s one of the most prevalent neurological disorders in the world.

2. Almost 80% of people with epilepsy are from low- or middle-income countries.

This can affect their ability to get proper treatment and seek medical care for their neurological disorder.

Seizure statistics show that proper treatment is key for someone with epilepsy to have a good quality of life.

3. One-off seizures related to epilepsy affect 1 in 20 people in their lifetime.

This does not necessarily mean that the affected people have epilepsy. Moreover, one in 50 people will live with epilepsy at one time during their life.

Just because a person has it at some point, that doesn’t mean they will have it forever. Epilepsy can go away after a period of time has passed.

These pharmaceutical medications do not cure the neurological disorder, but they do control the activity in the brain that results in seizures. If a person is on AEDs, they should take them each day at a similar time.

5. In around 65% of cases of this neurological disorder, doctors can’t identify the cause.

Only 35% of people with epilepsy understand why they have the disorder. For the rest, they must learn to live with it and try their best to treat and manage their epilepsy.

6. According to epilepsy statistics, the disorder isn’t always easy to diagnose, and doctors may have to use multiple tests.

Two of the most common tests used to identify epilepsy are Electroencephalogram (EEG) or Magnetic Resonance Imaging scan (MRI).

7. Epilepsy is common in people who have other neurological disorders, like autism, Down syndrome, cerebral palsy, and general intellectual disabilities.

These intriguing epilepsy awareness facts show how epilepsy is rife among people with specific neurological disabilities.

8. In cases when a cause for epilepsy can be identified, it’s usually because of 1 of 6 factors.

9. The average person under the age of 20 has a 1% risk of ending up with epilepsy.

However, if a parent has idiopathic epilepsy, the child has a 2–5% risk of getting epilepsy before they turn 20.

Interesting Facts About Epilepsy in the United States

This just proves how common this neurological disorder is and how frequently it is diagnosed in new people.

11. Around 2.2 million people are living with epilepsy in the United States.

This number is an estimate, and it is said that anything between 1.3 million and 2.5 million could be correct. That’s a large percentage of the population with epilepsy.

However, the majority of them can live with seizures in a way that doesn’t devalue their quality of life.

Being able to control seizures is the difference between having a normal life and needing help from others.

13. Epilepsy is extremely prevalent in the United States and comes 4th on a list of top neurological disorders in the country.

The most common are migraines, followed by strokes, and then Alzheimer’s disease. Almost 4% of Americans will end up experiencing epilepsy during their lifetime.

However, it’s possible to experience seizures without being diagnosed with epilepsy. Of course, you can’t live with epilepsy without experiencing seizures.

15. It has been estimated that the total cost related to epilepsy in the United States is $15.5 billion per year.

This figure includes both direct and indirect costs related to epilepsy and can include everything from the cost of lost productivity to money spent on medical treatment for the neurological disorder.

Living With Epilepsy: Facts and Statistics

16. Epilepsy affects both the body and the brain, making it a neurological and physical disorder.

It’s a disorder that causes repeated seizures that originate from the brain. Doctors usually identify it after multiple seizures have occurred.

17. Epilepsy facts reveal that around 70% of affected people have a chance to live without seizures.

Of course, this is if they are, first of all, correctly diagnosed from the beginning and, secondly, treated properly.

When the disease is identified and cared for, these people can live their lives without the threat of seizures.

18. Seizure statistics show that the number of patients who have photosensitive epilepsy is around 3%.

Photosensitive epilepsy is when seizures are caused by flashing lights. It’s often believed that this is far more common than it really is.

19. 30% of epilepsy patients can’t be treated with medication.

This can greatly affect their quality of life, the lives of their loved ones, or their carers. Learning to live with epilepsy that doesn’t respond to medication can be difficult.

20. Epilepsy statistics show that 60–70% of epilepsy patients respond well to the first AED they try.

Diagnosis has to do with the cause of the disorder and the types of seizures that the person experiences.

If the person responds well to the first AED tried in a period of a few months, then that would likely mean that the medication will work in the long-term.

21. 50% of those who can control their seizures with medication will stop taking it eventually, according to statistics on epilepsy.

This can usually happen after a period of two to five years, where the person has not had seizures.

This is ultimately the goal when treating epilepsy with medication, but it doesn’t happen for every case.

22. It is possible to be dangerously injured or die from an epilepsy seizure.

The majority of the time, seizures don’t do any long-term harm. Still, prolonged seizures could end up resulting in something called “status epilepticus,” which could leave the person with injuries in the brain and, in extreme cases, could result in death.

23. Ineffective meds are no fun. However, facts about epilepsy suggest that ketogenic diet helps more than 50% of the people who struggle with AEDs.

One-third of people with epilepsy struggle to find an AED that works and, as a result, have a seizure that they cannot control.

For those people, it’s worth trying the ketogenic diet as it has been proven to help.

24. Around 40% of males with epilepsy have a decrease in testosterone.

Testosterone is the hormone that controls the production of sperm and the sex drive.

According to Healthline, AEDs can cause men to lose their libido and limit their sperm production.

Types of Seizure: Facts and Stats

25. Around 14% of people who have epilepsy have simple partial seizures.

These don’t cause the person to be confused or unaware of the world around them. They could be as simple as a feeling or tremor in a single area of the body, a problem with language, visual issues, or a strange sensation.

26. Around 36% of people suffering from epilepsy experience complex partial seizures.

These can include quick moments of being confused or unaware, which can actually go without the person noticing them.

The person could experience strange movements, automatisms, or strange feelings.

28. Then there are secondarily generalized tonic-clonic seizures, which start as a complex or simple partial seizure.

These end up including the two hemispheres of the brain and cause convulsing. They can be quite serious and painful.

29. According to facts on epilepsy, since 2017, the classification of seizures has been based on three important features.

These features include the location of the seizures, the awareness levels of the the affected person, and other features of the seizure (e.g., does it affect motor skills?).

The three types of seizures are categorized as “unknown onset,” “generalized,” and “focal onset” seizures.

30. Focal seizures make up 60% of all epileptic seizures, according to the seizure statistics.

While men, on the other hand, are more likely to experience symptomatic epilepsies.

This is according to a study conducted on epilepsy and gender comparisons in 2008.

How long can a seizure last?

The duration of a seizure can vary greatly depending on the type of seizure that the person is experiencing. An epileptic or nonepileptic seizure can usually last for a period of 30 seconds up to two minutes.

However, they can last up to five minutes. Any longer than that, and the person needs to be taken to emergency care for medical treatment.

How long can a seizure last before brain damage?

As mentioned above, if a seizure lasts more than five minutes, it’s concerning, and the person should receive medical treatment.

However, if a seizure lasts for 30 minutes or longer, the person could end up with serious brain damage or even die from the seizure.

It’s always best to seek medical care if a seizure goes on for a period longer than five minutes. Seizures that last for long periods can be extremely dangerous.

Which cartoon sent hundreds of children to the hospital from seizures?

In 1997, 700 children in Japan were sent to the hospital due to seizures after watching a cartoon on television. That cartoon was Pokemon, which is based on the Nintendo game “Pocket Monsters.”

The incident happened during a specific scene during the popular television show. Pokemon carried on as a television series for years, and there was another incident of this magnitude again. It’s said that the seizures were caused by an explosion of light and color during the scene.

Yes. According to the CDC, epilepsy is on the rise in America.

Epilepsy is a diverging neurological disorder that can be linked to various types of seizures with different levels of seriousness. And it’s on the rise in the United States, which is why it is so important that people have a better understanding of it. We hope that the above epilepsy statistics and facts have given you a good deal of insight into the subject, because learning about health and the healthcare industry is always important.