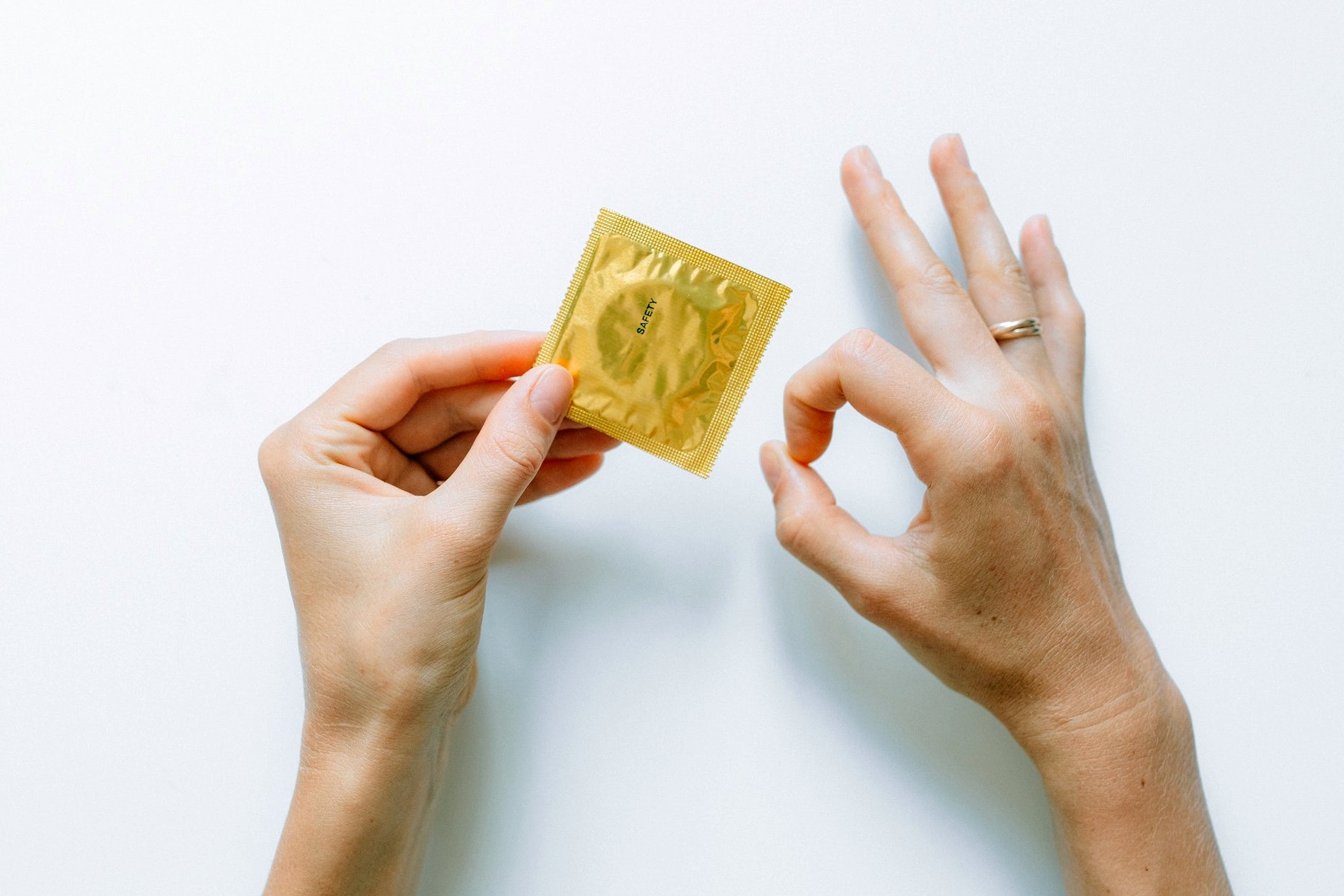 Over the years, the continuous reoccurrence of sexually transmitted diseases, also known as sexually transmitted infections (STIs), among teenagers and adults, has become a global concern. For every form of sexual activity you engage in, you are at risk of contracting any of the various STIs. STD statistics show that over 20 STIs exist that affect humans, mostly caused by bacteria, protozoans, and viruses.

While some of these STIs can be treated and cured with prescription drugs, some are a bit more difficult to manage, and those are the ones that hamper our overall health. Given the severity and continual threat to human life, we have decided to put together this article to help educate our readers on the various STIs that exist today. This article goes further and covers their different modes of contraction, severity, and ways to minimize the risk of contracting them.

Keep reading to find out all that we have for you concerning STDs.

1. STDs are transferred from person to person mainly during sexual activities.

2. STIs can also be contracted through non-sexual activities.

Such non-sexual means include childbirth, breastfeeding, sharing of sharp objects (like needles), as revealed by stats on STD. If a sharp object comes in contact with the blood of an infected person, the surface of such an object becomes infected and may infect other non-infected persons who use the same object.

3. According to HIV statistics, people with STDs are at a higher risk of contracting HIV.

4. Hepatitis A, B, and C can be transmitted through sexual contact.

As it stands, the human immunodeficiency virus (HIV) has no cure and can cause multiple debilitating manifestations that may lead to death if not detected on time. The HIV virus can be transmitted both sexually and non-sexually, which also increases its risk of contraction.

6. Some forms of STDs can be transferred from mother to offspring.

An infected birth canal can serve as a means for such transfer. This is also why testing for STDs is a must during prenatal care. However, some types of STIs, such as HIV and syphilis, can also cross the placenta to infect a fetus prior to delivery.

7. It is estimated that more than 500 million people worldwide have the herpes simplex virus (HSV), as revealed by STD stats.

The herpes simplex virus exists in two forms (HSV-1 and HSV-2), both of which can be transferred from person to person. HSV causes herpes, which primarily affects the genitals and the mouth, but can also affect other parts of the body.

The same report also shows that there are 376 million new infections every year. STIs such as gonorrhea, syphilis, chlamydia, and trichomoniasis are among the most common forms of sexually transmitted diseases in circulation globally.

9. Globally, it is estimated that 240 million people are living with chronic hepatitis B.

Hepatitis is a disease caused by the hepatitis viruses (A, B, C, D, and E), which bring about inflammation of the liver and other complicated health conditions such as cancer, fibrosis, etc. According to STD stats, the trio of hepatitis A, B, and C can be spread through sexual activities and the sharing of items with infected persons.

10. CDC STD statistics show that 80% of people are likely to contract the human papillomavirus (HPV) infection in their lifetime.

The human papillomavirus has over 100 strains, and it is most commonly spread through sexual contact, although it can be spread through other forms of skin-to-skin contact as well. Some forms of the HPV infection cause genital warts, and others —13 HPV strains, to be precise — have been linked to various forms of cancers. According to STD prevention statistics, the best way to protect against the HPV infection is to be vaccinated against it.

11. 90% of individuals with herpes infection are unaware that they are infected, as revealed by STDs fact sheet data.

According to the WHO, 67% of people under the age of 50 live with the HSV-1 infection, and another 13% live with the HSV-2 infection. The HSV infection symptoms often go unnoticed, and some people may become carriers for life without even knowing it. There is no cure for herpes, but medications like ethynylthymidine can help reduce the risk of recurrence.

12. People between the ages of 15 and 24 stand a higher chance of contracting STDs.

According to STD statistics, nearly half of all new STD cases yearly in the US are associated with adolescents. This stems from their high-risk sexual activities, such as having sex without proper protection, having multiple sex partners, and inaccessibility to quality sex education in schools.

13. Globally, young women are twice as likely to contract HIV as their young male counterparts, as seen from HIV statistics.

Statistics show that globally, 7,500 young women are infected with HIV every week. What’s more, 67% of the global HIV infections since 2010 have come from women. In continents like Africa, AIDS (which is the late stage of HIV infection) is the leading cause of death amongst young people and the second leading cause of death for adolescents globally.

14. In the US alone, 3 million teenagers get infected with an STD every year.

According to STD statistics in the US, a lack of proper sex education and uneasy access to STD management and prevention services for teenagers are some of the causes of an increased risk of STD infections amongst teenagers.

STD Statistics in the US

15. It cost the US government an estimated $16.9 billion yearly for medical issues caused by STDs.

16. There are approximately 20 million new cases of sexually transmitted diseases in the US every year, as STD stats by state show.

Statistics on STD by Gender

19. Men who regularly make use of erectile dysfunction drugs stand a higher chance of contracting STDs.

Chlamydia infection often comes without symptoms and can be contracted through unprotected sex. Chlamydia can also be passed through genital contact, infected semen, or vaginal fluid that comes in contact with the eye through unwashed hands. If left untreated, chlamydia can lead to ectopic pregnancy, tubal infertility, chronic pelvic pain, and pelvic inflammatory disease, according to chlamydia definition details.

21. Women are at a higher risk of contracting STDs when compared to their male counterparts.

Women are more susceptible to STDs because of biological and socioeconomic reasons, as revealed by statistics on sexual diseases. Biologically, the vaginal surface is far larger than that of the skin covering the penis. A larger vagina surface means a higher amount of secretion, making women more susceptible to infection whenever they have sexual contact with an infected person.

22. Human papillomavirus, also known as HPV, has affected more than 290 million women worldwide since its discovery.

The silent nature of the HPV virus ensures that it often goes unnoticed by infected persons. These individuals then spread the virus to others by engaging in unprotected sex and having other forms of skin to skin contact with unaffected persons. It is also estimated that 80% of women will contract HPV during their lifetime. According to what we know about curable and incurable STDs, the good news is that 90% of the time, HPV infections clear up on their own.

23. The presence of STIs increases the chances of birth complications in pregnant women.

When an expectant mother is infected with STD, the chances are high that the newborn will also be infected during childbirth, causing birth complications.

In a 2016 study, 988,000 pregnant women infected with syphilis were monitored for any birth complications. The result? 350,000 adverse birth outcomes were recorded — some of which were stillborns and newborn deaths.

24. HPV infection is responsible for over 300,000 cervical cancer deaths yearly, as can be seen by STD statistics for 2019.

The human papillomavirus disease has over 100 strains (as mentioned earlier), and 13 of these strains have been identified as high-risk cancer-causing strains. Statistics for 2019 show that globally, the human papillomavirus (HPV) infection causes approximately 570,000 cervical cancer cases each year, many of which lead to death.

25. Each year, 24,000 women have infertility issues due to undiagnosed STIs, as revealed by stats on STD cases.

STDs such as chlamydia, gonorrhea, or syphilis can affect a woman for long periods without showing symptoms. Chlamydia, to be specific, has been found to attack the fallopian tube of women without showing any STD symptoms. This inadvertently results in permanent damage to the affected individual’s reproductive organs, and very often, infertility.

26. The best way to stay safe from STIs is to only have sexual contact with a trusted partner.

Having multiple sex partners is an easy way to contract STIs, especially when such an encounter happens without proper protection. It is best to reduce the number of people you have sexual intercourse with or limit it to just one person. Stay away from alcohol or drugs, too, as this may cause you to perform unsafe acts with your sex partner, thereby exposing yourself to STDs.

28. Making use of condoms during every sexual encounter can help keep you safe from STIs.

29. Getting tested regularly for STIs can help keep you safe.

As mentioned, as long as you are sexually active, you are at risk of contracting and infecting your partner with an STI. That is why it is important for both you and your partner to get tested before starting a sexual relationship. Of course, it’s also important to be faithful, so you don’t put yourself or your partner at risk of unwanted STDs.

Most of the sexually transmitted diseases we know affect younger people (teenagers and young adolescents) more than older age groups. This is due to the lack of proper sex education from an earlier age. When done correctly, counseling and sex education can help prevent the spread of STIs and other unwanted consequences that might occur when engaging in sexual activities.

31. When it comes to STD prevention, the use of vaccines can help reduce the spread of STDs.

Over the years, vaccines have been developed for various STIs to help protect people from STIs’ devastating consequences when they are left untreated. STDs such as human papillomavirus (HPV) have had vaccines developed for some of its strains. Other STDs that already have a fully functional vaccine are hepatitis A and hepatitis B.

Currently, herpes infection, which is caused by the herpes simplex virus, has no cure. Once infected with herpes, a person becomes a carrier of the virus for life. However, stats on sexual diseases reveal that symptoms of the infection often pass on their own without any form of treatment, and outbreaks can be minimized or shortened with antiviral medicines.

The HPV infection caused by human papillomavirus currently has no known cure. However, the good news is that the body’s immune system can clear up the HPV infection. In cases where the symptoms, such as genital warts, do develop, specific treatments can be prescribed to prevent further development and treat the symptoms.

Globally, how many people have STDs?

STD statistics have shown that sexually transmitted diseases will continue to co-exist amongst us as long as we remain sexually active. Recently, vaccines have done an excellent job protecting people from STDs such as human papillomavirus, and hepatitis. Nonetheless, we still have a long way to go if we are trying to develop a vaccine for all STDs that affect humans.