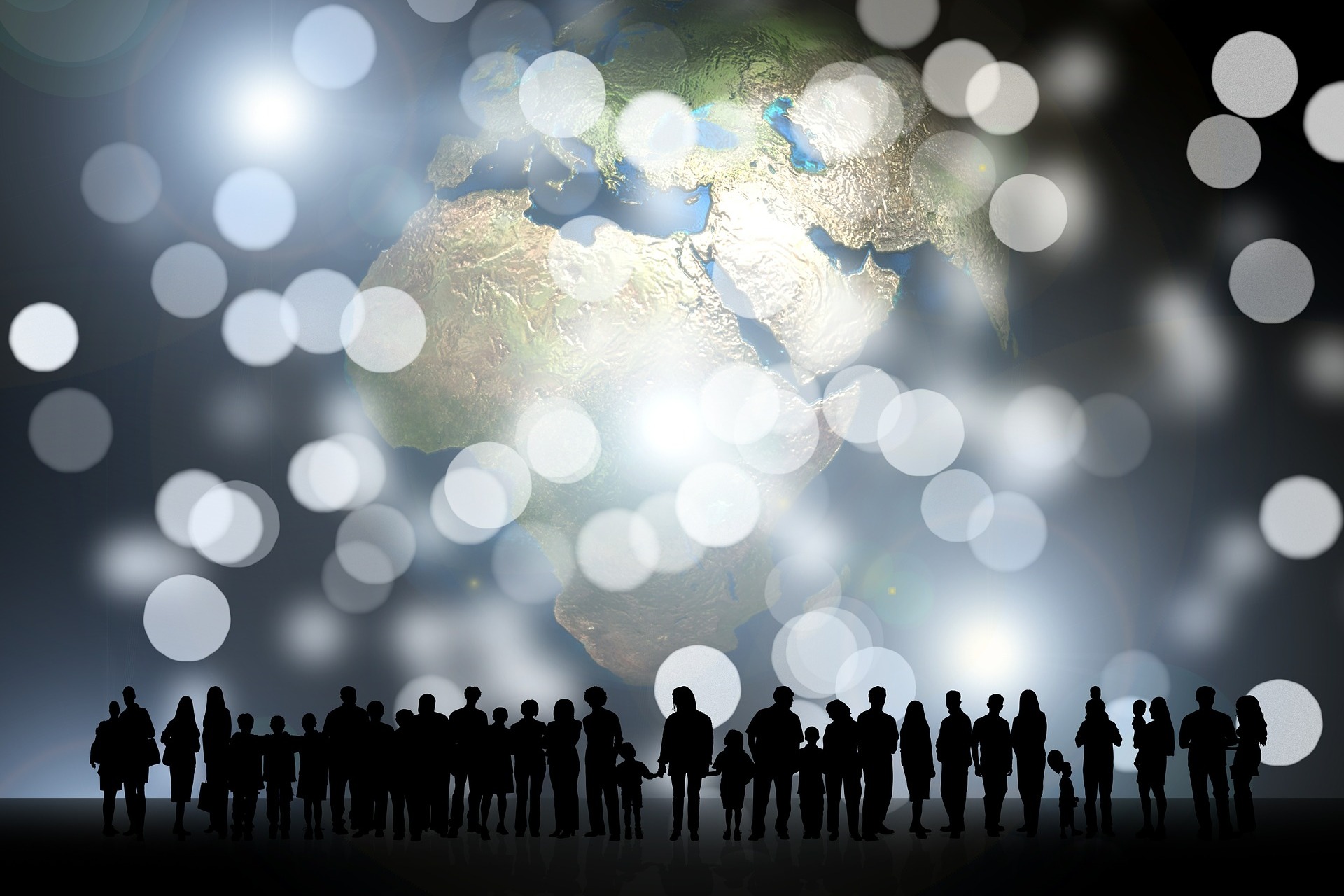 Infectious diseases have plagued humanity since its earliest days. However, with modern technology, large cities, exotic travels, and increased communication, it’s not strange that the scale and spread of these diseases amplified dramatically.

These pandemic statistics reflect both on the historical aspects, and on the progression rates of epidemics in today’s world.

Widespread commerce is fueling the global economy, but at the same time it’s enabling contact between different populations of people and animals, thus creating new opportunities for the occurrence of pandemics

These troubled times require us to be more informed, prepared, and up to date with the latest information on the spreading of infectious diseases.

We at Healthcarreers.co are working around the clock to provide you with fresh information on this topic and more. So, let’s dive in.

A pandemic is classified as an infection that starts locally and spreads around the world.

2. The word “pandemic” is reserved for situations in which an infection affects a large number of people.

The pandemic model is not only about the spread of the disease over several countries or continents.

CDC’s answer to “What is a pandemic?”  — “An increase, often sudden, in the number of cases of a disease above what is normally expected in that population in that area,”

3. Globalization increases the probability of a pandemic.

Factors such as population growth (estimated to reach 9.7 billion by 2050), urbanization, travel and trade, climate change, and human-animal interaction all lead to elevated pandemic risk. Additional risk factors are the challenges the public health systems face, including the detection of the disease and mitigating the risk of a pandemic before it spreads.

We know the examples of a major pandemic persisting throughout our history, but one consistent trend should also be expected. In essence, the death rates have been declining with the development of medicine and epidemiology.

5. Social distancing is more bearable now in the digital world.

One of the most efficient measures to help reduce the rate of infection is the practice of social distancing. However, nowadays, people can maintain their connections and commerce like never before, thanks to e-networking.

6. The first known pandemic was the Antonine Plague.

Documented in 165 AD, this pandemic — also known as the Plague of Galen — took the lives of about 5 million people, affecting Asia Minor, Egypt, Greece, and Italy. The possible causes are smallpox or measles. However, it’s still unknown which disease was responsible for the pandemic.

7. Most viral pandemics have been caused by influenza viruses.

It was caused by a type A influenza (H1N1) virus, which caused 100,000–400,000 deaths in the first year alone. The epidemic facts showed that this pandemic disproportionately affected children, young adults, pregnant women, and persons with chronic conditions.

9. The 2014–2016 Ebola outbreak was the largest and most complex epidemic since the virus was first discovered in 1976.

The first Ebola outbreaks were documented in remote villages in Central Africa, near tropical rainforests, but the infection spread between countries in Africa and even occurred in other continents. The highest death rate was estimated at up to 90% (with an average rate of 50% for all outbreaks) as pandemic statistics reported.

10. Coronaviruses are zoonoses that cause deadly outbreaks.

In recent years, the explosive outbreaks in the Eastern Mediterranean Region (MERS-CoV) and China region (SARS-SoV) were observed, because often they are unpredictable and with high numbers of fatalities.

The Worst Pandemic in History

11. The most lethal pandemic in history was the Spanish flu of 1918.

It was estimated that over 30% of the world’s population was affected, and more than 50 million people perished. The considerable number of registered deaths is due to the high contraction rate, but not the mortality rate of 1–3%.

The name of the pandemic comes from the fact that Spain was the first country to report the outbreak. However, the Spaniards call it “French flu,” believing that the flu epidemic of 1918  originated in France, facts reveal.

This outbreak was responsible for killing perhaps half the population of Europe in 541–542. It mainly affected the Byzantine Empire and Mediterranean port cities, including Constantinople. Almost 40% of the city’s population was swept away, estimated at more than 5000 deaths per day.

13. HIV/AIDS is an example of an ongoing pandemic.

Since its first identification, in the Democratic Republic of the Congo in 1976, HIV/AIDS is one of the most significant pandemics in Africa and worldwide, responsible for more than 36 million people deaths so far. Currently, 31–35 million people are living with HIV, around 21 million of whom in Sub-Saharan Africa. With the development of new treatments and better management of the disease, the annual global deaths dropped from 2.2 to 1.6 million.

14. The Black Death or the Bubonic Plague took the lives of 200 million people.

The devastating plague that lasted from 1346–1353 claimed the lives of 75–200 million people in Europe, Africa, and Asia, making it one of the most devastating historical plagues in the world. It is assumed that the fleas living on rats spread the infection through ships and ports.

15. The smallpox epidemic killed almost 90% of the Native Americans

From 1520 onwards, the Variola virus killed around 56 million people, of whom 400,000 Europeans during the 19th   century every year. Thus, we have to be thankful that the first vaccine created was to ward off smallpox.

The H1N1 influenza virus registered a high pandemic infection rate by making sick far more people in absolute terms compared with the Spanish flu. Fortunately, the Swine flu was not among the diseases with the highest mortality rates — estimated around 0.01–0.08%. It affects mostly young people who were not immune to it in contrast to the many older people who had fortunately already immunity to it. The serious illness and death were observed in children and young adults with chronic diseases and other health problems, and pregnant women.

How to Reduce Global Pandemic Risk and Prevent Future Pandemics

17. The practice of quarantine began during the 14th century.

The term comes from the Italian word “quaranta giorni,” or 40 days, which was the usual time ships should spend at anchor before arriving at the port to protect coastal cities from the plague.

18. Vaccinations are critical to preventing the pandemic of well-known and untreatable infections.

Vaccination efforts established in the preventive programs of WHO can put some of the most virulent and dangerous infectious diseases under control.

Facing different global pandemic scenarios can be frustrating for all. Learning and training on the country, regional, and global levels prior to crises should be prioritized to ensure that billions of people will better cope with the emergencies.

It is imperative to put in efforts to address all the aspects of the issues during a crisis, including management of psychiatric problems that can arise in people, but especially in children, older people, and medical professionals.

21. The four priorities of WHO in emergencies are preparing, preventing, detecting, and responding.

Epidemics around the world taught us that they could significantly change reality and show us how vulnerable we are during a crisis. For this reason, the WHO acts as a coordinator in pandemic preparedness to help countries in coping with the health risks we face during a myriad health crises.

The role of WHO is saving lives and reducing suffering during times of emergencies. They achieve that by supporting the countries` national plans in the development of strategies and monitoring the adherence to the recommendations.

Pandemic Figures on the Outcomes

Although there’s an effective vaccine against influenza, many deaths from flu-related illnesses occur each year.

23. The health impacts of pandemics on populations are enormous and usually irreversible.

The direct and indirect impacts of pandemics on health can be catastrophic. Affecting the overwhelming proportion of the active population or causing too many deaths that accompany every major disease outbreak, such as the Black Death, HIV/AIDS pandemic, or the current coronavirus pandemic, leads to the inevitable burden on the healthcare system and economics.

24. Measures that accompany the pandemics also cause social and economic disruption.

Most of the pandemic restriction measures, such as quarantines and social isolation, lead to behavioral changes, violence, tension, and discrimination governed by fear and shock, additional to the negative economic growth and political instability.

25. Pandemics that affect younger people lead to an increase in lost life years.

According to the pandemic statistics, pandemics that disproportionately hit the economically active segments of the populations, with the morbidity and mortality ages shifting to younger people, can have late consequences and lifelong impacts on health and well-being (e.g., Zika virus-encephalitis).

To the direct morbidity and mortality costs associated with the pandemic, the World bank added the acute, short-term, and longer-term damage to the economic growth, which increases the risk of a major global recession.

27. The discovery and detection of zoonotic viruses could cost the US $1.6 billion.

Ebola epidemic statistics showed that more than US$3.8 billion were utilized during the outbreak. It was estimated also that the development of the vaccine candidates against the known infectious diseases will cost over $1 billion for 5 years, as well as to build technology platforms and facilities capable of producing and distributing the new products to the affected regions and around the world.

The Global Virome Project, aiming to characterize more than 99% of the existing viruses, is estimated to cost $3.4 billion over ten years.

The SARS-CoV-2 outbreak started with a reported case of pneumonia of unknown origin in Wuhan, China.

29. The new coronavirus outbreak was officially declared a pandemic on March 11, 2020.

The WHO changed the classification of the new coronavirus infection to a pandemic after approximately one month. The reasons were the increased rate of infected people and deaths, along with the intercontinental viral spread.

From the current pandemic facts, it is worth to mention that the formerly known as nCoV-19, SARS-CoV-2 causes the disease COVID-19 mainly presented with respiratory and sometimes gastrointestinal symptoms and overall worsened well-being.

SARS-CoV-2 spread across 195 countries. Among the most affected are China, Italy, the USA, Brazil, Russia, Spain, Germany, and the UK.

How likely is a pandemic?

To answer this question, epidemiologists estimate the pandemic risk. It is driven by two factors – spark risk and spread risk. The spark risk is defined as where a pandemic is likely to occur, whereas the spread risk — how likely it is for the infection to spread largely in the human populations.

What is the most recent pandemic?

The most recent pandemic is the current pandemic with the SARS-CoV-2 infection, which spread around the world for approximately two and a half months, causing almost 500,000 affected, with a mortality rate ranging between 0.2–14.8% depending on the age, comorbidity and the region.

How many influenza pandemics have occurred in the last 100 years?

Today’s world is globalized and urbanized. Moreover, It is economically and individually intertwined.

The populational streamline is both connecting people and increasing the risk of pandemics. And this is a historically confirmed fact.

We need to adapt to the new reality and to accept the high probability of a new pandemic occurrence in the future.

The more we learn, the more we will be prepared to face the challenges associated with pandemics. Knowing the critical pandemic statistics is a good way to reduce disease and suffering, and minimize socio-economic loss, especially in the case of complex health emergencies.