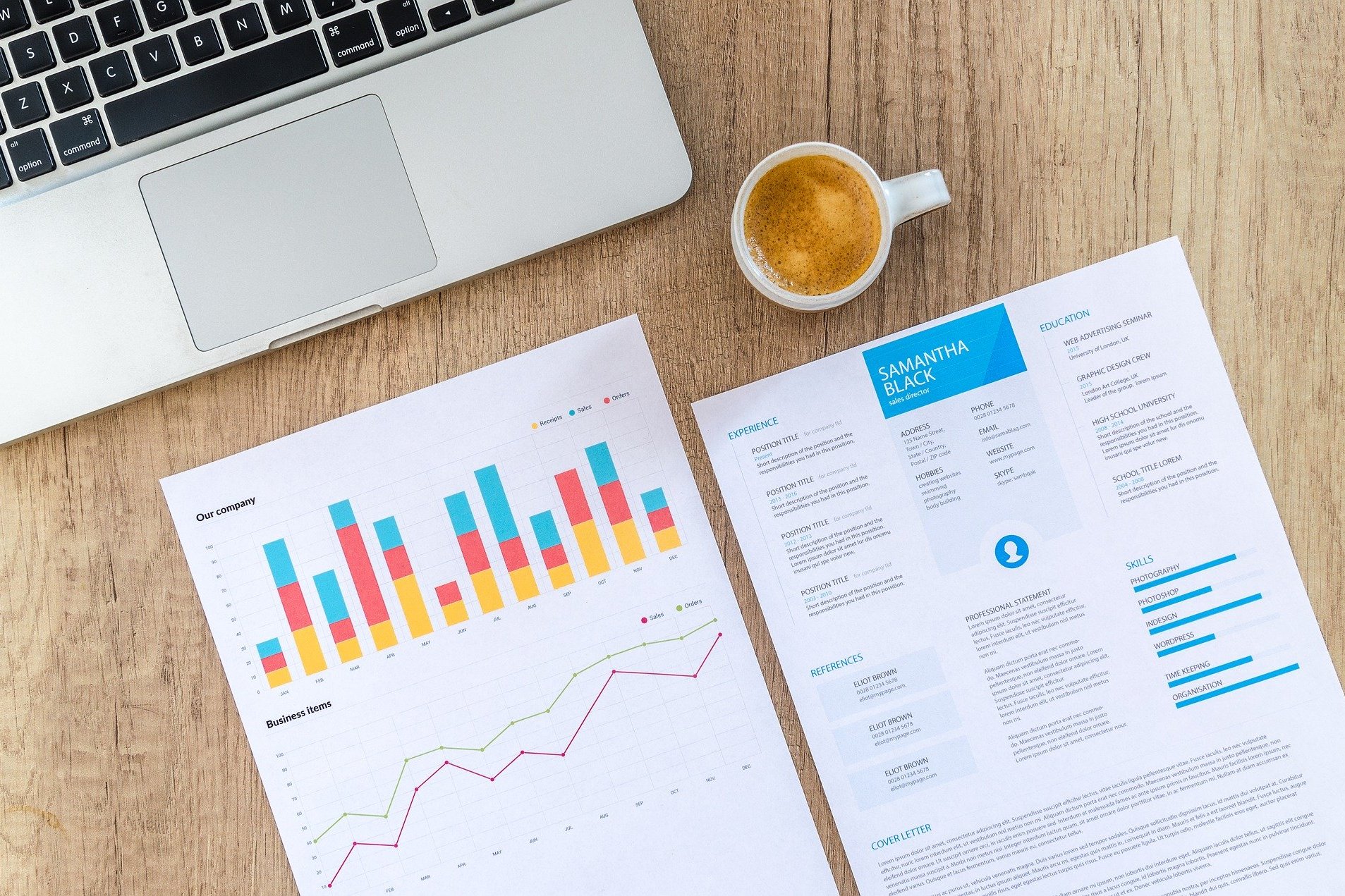 While some statistics show that the unemployment rate has reached 3.5%, others claim that there are more than 145,000 new jobs every month.

To avoid the confusion, and to simplify things, we’ve created this list of statistics about job growth by year, which will show you the current state of the US economy.

A stable unemployment rate is one of the Federal Reserve’s main goals, since the US is in the middle of the longest economic recovery in its history. If you want to know which president has created the most job opportunities, whether the wages are increasing, and what the current state of the US economy is, keep scrolling.

But first, let’s look at some of the most important figures.

The Top 10 Essential Statistics on Job Growth by Year

If you’re interested in the current state of the US economy, we have all the information you need.

1. There should be between 100,000 and 150,000 new jobs every month to diminish the effects of the growing workforce number.

Job growth is just one way to test the health of the national economy, and it can be measured by comparing the data that the U.S. Bureau of Labor Statistics gathers on a monthly basis. As a note, “total nonfarm payrolls” are used most often to measure job growth in the US. It tracks the number of people in America who are paid for work that is not in the farming industry.

Compared to 2018, when job growth reached 2.7 million, this is a considerable decrease. Nevertheless, in December alone, nonfarm employment rose by 145,000, with the healthcare and retail industries adding the greatest number of jobs, according to the U.S. Bureau of Labor Statistics job growth chart. Meanwhile, the mining industry suffered a loss of jobs.

However, the overall number of people who were employed part-time due to economic reasons dropped by 507,000 during the year. This refers to employees who prefer full-time employment, but their working hours were cut, or they’ve been unable to find full-time jobs.

4. The annual job growth statistics reveal that about 50.4% of the workforce was employed full time in 2019.

Furthermore, only 10.5% of the workforce was working part-time. However, while these statistics include people who are not in the workforce but want a job, they also include those who don’t want one, so the numbers should be viewed with a grain of salt.

5. Job growth statistics show that the healthcare industry adds an average of 30,000 jobs every month.

In December 2019 alone, there were more than 33,900 new job positions in the healthcare sector. Furthermore, this industry has been strong even during the recession, as employers have been adjusting to Trump’s changes to the healthcare system.

6. The average change between the first and final month’s job gains and losses has been an increase of 11,000 jobs, as the monthly employment growth statistics report.

The BLS’s Current Employment Statistics program, which conducts surveys of companies, shows that this data has not changed since 2003 until the previous year. 2019’s average change was slightly different. By August, it showed an average decrease of 11,250 jobs.

7. Compared to all other sectors, retail trade experienced the biggest job growth in December 2019, with more than 41,000 added jobs.

According to the latest US job growth by month graph, December was the most successful for the retail industry. There were 33,000 added jobs for the clothes and clothing accessories industry, and building material and garden supply stores opened more than 7,000 new job positions.

However, when compared to 2018, the employment rates in retail trade have increased only slightly, by 9,000, whereas the net increase throughout 2018 was over 14,000, according to the statistics on job growth by year.

8. The construction industry added 20,000 job positions in one month alone.

Even though the real estate industry blossoms in the warmer months, December 2019 has been pretty lucrative for the construction industry. This industry alone contributed more than $1.15 trillion to the national economic output in 2018.

9. In 2019, the professional and business services industry saw an employment increase of 397,000.

10. The information services industry had the lowest job growth, with only 3,000 new jobs in December 2019.

Research shows that this industry, and especially its Silicon Valley sector, is crucial for American global competitiveness. In addition to this, statistics on job growth by month for 2019 also show that the temporary help services industry has had low job growth, as well. There were only 6,400 jobs in December 2019.

Furthermore, government and financial activities had 6,000 new jobs, each. Ever since the Fed began lowering interest rates, banks haven’t been adding many new positions, because lower interest rates bring less profitability to lenders, since they have to charge less for loans.

The natural unemployment rate is 4.5%–5%, and if unemployment is below this line, businesses won’t be able to find enough employees to fully operate, which furthermore risks slowing national economic growth.

12. Moreover, the number of unemployed individuals has remained the same: 5.8 million.

According to the latest research, the unemployment rate by year is a bit lower than it was in 2018, when the rate of unemployed people was 3.9%. In addition to this, 6.3 million people were without jobs in 2018, which is half a million more than in 2019.

13. The unemployment rate for people without a high school diploma has also lowered and is currently at 4.8%.

14. More than 20% of the overall unemployed individuals are long-term unemployed.

This means that they have been without a job for more than 27 weeks. Statistics show that there are 1.2 million long-term unemployed people, which has not changed since the previous year.

15. According to the statistics on US job growth from 2018, California had 919,000 unemployed people in the previous year, which is a record.

Unemployment rates vary from state to state, and unemployment is part of a healthy economy. According to this data, unemployment happens when a person is laid off, quits their job, or gets fired—and is therefore in search of a new job. However, if an unemployed person goes back to school or if someone leaves their job to care for their children, the monthly job growth chart states that they are no longer a part of the workforce and are therefore not counted as unemployed.

16. At 9.6%, the agriculture industry has the highest unemployment rate in the US.

Private wage and salary workers are also counted in this unemployment category. In addition to this, leisure and hospitality, as well as construction, are also industries with high unemployment rates. As some of the latest research discovers, their unemployment rates have reached 5%.

18. The US job growth by year graph shows that teenagers have the highest unemployment rate among major worker groups: 12.6%.

Job growth under Trump in December 2019 was not strong for this industry, which lost thousands of jobs due to his trade war, and a strong dollar. A strong dollar affects exports, while Trump’s trade war has caused countries to impose tariffs, which makes international trade decline. Due to this, the durable goods sector lost 7,000 jobs, and auto manufacturing, 800.

20. The transportation and warehousing sectors had a 10,000 decrease in jobs in December 2019.

Compared to the job growth by month in 2018, at 216,000 jobs, the transportation and warehousing industry suffered a significant loss in December, even though job growth has increased by 57,000 over the year. Out of the 10,000 lost jobs, couriers and messenger services lost more than 9,000.

This loss was caused by a drop in oil prices. The excess supply from American oil producers has lowered the prices, and OPEC is having difficulty limiting output. This will result in subdued oil prices.

Job Growth by Year in the Healthcare Industry

The employment rates in the healthcare industry are growing much faster than they are in any other field, and it’s expected that this industry will add the most jobs (totaling 1.9 million jobs). This is mainly due to the aging population, which creates high demands in healthcare services.

The research also reveals that job growth in the healthcare industry outpaced every other major sector of the US economy in 2018. It has created 348,000 new jobs in a single year—this is especially impressive when compared to the 284,000 jobs it created in 2017.

There were more than 7.6 million jobs in ambulatory care in 2018, according to the statistics on job creation by year. In addition to this, there were 52 million jobs in hospitals, meaning hospital employment grew by 108,000 jobs.

25. The job growth rate in the healthcare industry was 7 times higher than it was in all other sectors between 2006 and 2016.

This rapid growth provided the industry with 2.8 million new jobs in one decade, while the average job growth in other industries was 3%, according to the job creation statistics. Moreover, this job growth has greatly helped the US economy recover from the financial crisis of 2007.

26. It’s projected that the fastest-growing occupations from 2018 to 2028 will be in the healthcare support sector, with a projected 18.2% rise in employment.

27. Even though the healthcare industry is growing fastest, there will be a worldwide shortage of 18 million health workers by 2030.

This shortage will be mainly caused by aging societies, population growth, and the changing patterns of various diseases. Due to this, the UN’s Sustainable Development Goals (SDGs) won’t be achieved in low- and lower-middle-income countries.

The US Presidents and Job Growth Statistics

28. Since Trump’s election, there has been a 6.4 million increase in jobs.

The steady job growth is not the only good sign for the US economy. There have also been continuous increases in employees’ wages, as well as an overall improvement in the quality of the employees’ lives.

Under Obama, the job creation stats show that there was an increase of 6.2%. In fact, the statistics also show that there were 152.3 million employed individuals at the end of his term, compared to 143.4 million at the end of Bush’s term. Of all US presidents, he was the third biggest job creator from the beginning of his presidency to the end.

In addition to this, the unemployment rate fell by 3.7%, and under Trump, the job creation stats also report more than a 2.5% increase in real weekly earnings, a 3.1% economic growth rate, and more than an 11.8% increase in corporate profits. Furthermore, home prices have jumped by 22.5%, and the consumer price index has also grown by more than 4.7%.

Which president created the most jobs?

How many jobs has Trump created?

Trump’s term is still not finished, so the numbers will surely change, but until now, he has created 1.5 million jobs less than Obama. The monthly job growth was highest in 2014, when it reached 251,000 per month.