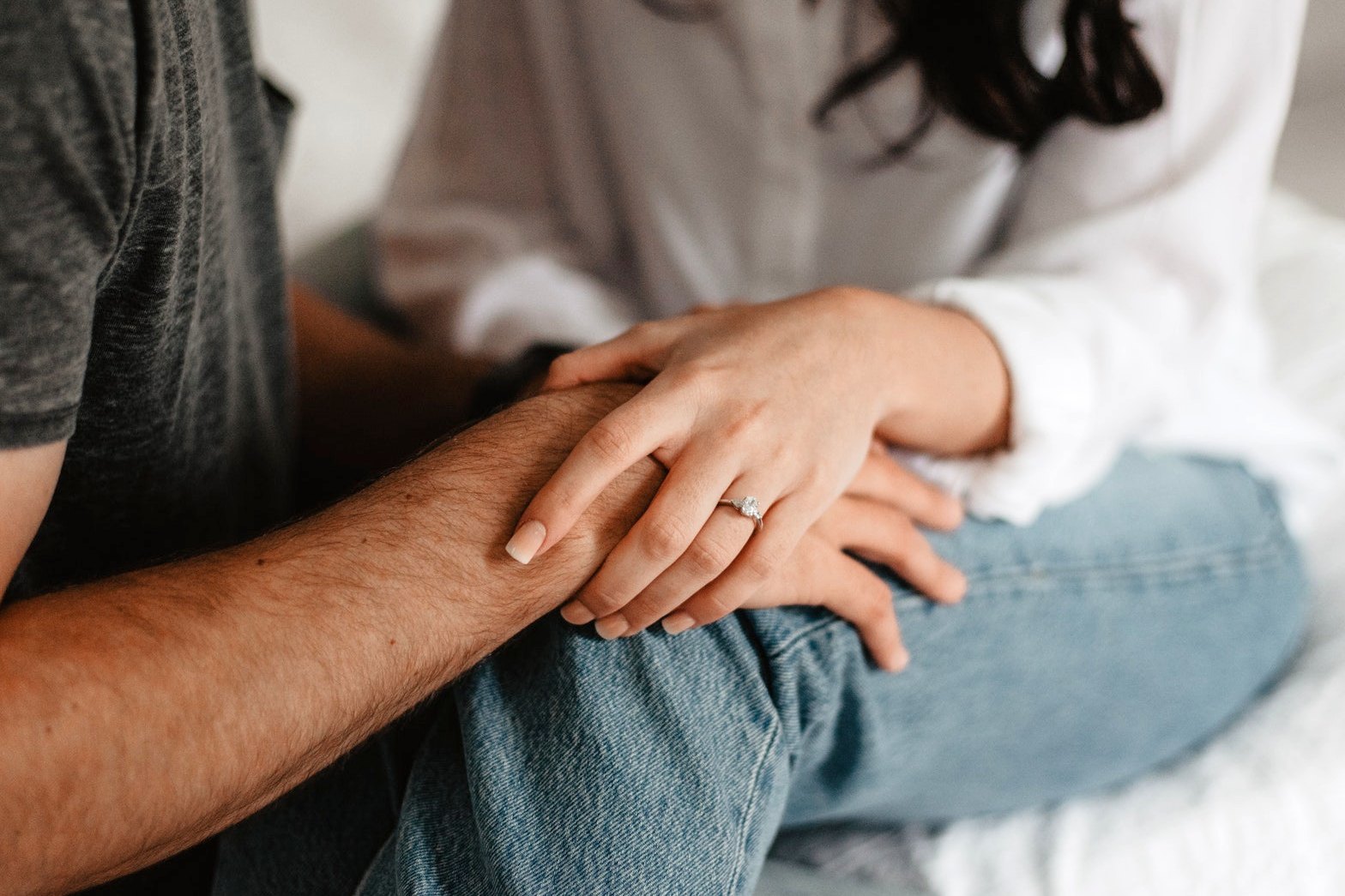 Attention deficit hyperactivity disorder, commonly known as ADHD, is the most prevalent neurodevelopmental disorder in children. However, ADHD statistics indicate that this disorder can persist into adulthood. ADHD is characterized by impulsiveness, hyperactivity, and inattention.

Individuals with ADHD face difficulty completing tasks, which tends to cause problems both at home and in school. Consequently, people with ADHD often have low self-esteem, anxiety, and learning disabilities.

This article is a compilation of relevant facts and statistics, designed to provide a comprehensive understanding of ADHD. Dive in to learn more!

ADHD in Children Statistics and Facts

1. Approximately 6.1 million children in the US have been diagnosed with ADHD.

A 2016 survey revealed that 9.4% of the children in the United States had been diagnosed with ADHD. Of those children, 4 million were aged between 6 and 11 years, and 3 million were between 12 and 17 years old.

2. ADHD diagnoses in US children are on the rise, according to ADHD statistics.

In 2011, statistics revealed that 11% of US children had been diagnosed with ADHD. It marked a massive 42% increase from 2003 when the prevalence rate was just 7.8%.

3. Children with ADHD are likely to have parents and siblings with the disorder.

In 41% to 55% of families with a child that is diagnosed with ADHD, there is also at least one parent with the disorder. So, if you’ve ever wondered whether ADHD is hereditary, statistics indicate that the mean inheritability of ADHD is 76%, and it remains one of the most inheritable psychiatric disorders.

4. About 69.3% of children diagnosed with ADHD receive one or more school services.

Reports from a national survey revealed that 9 in 10 children with ADHD were receiving school support at the time of the report. These additional school services for ADHD in children include accommodation and more help in the classroom.

5. About 6 in 10 children with ADHD have also been diagnosed with at least one other disorder.

When talking about ADHD diagnosis, statistics show that 52% of children diagnosed with ADHD have behavioral or conduct-related problems, 33% have anxiety, and 17% have depression.

6. The average age of diagnosis for children with severe ADHD is 5 years.

7. ADHD statistics show that about 43.7% of children with ADHD have moderate symptoms.

8. ADHD symptoms may vary between boys and girls.

Boys tend to be hyperactive and impulsive, making the condition easier to notice. They also tend to lack focus. On the other hand, girls with ADHD tend to be withdrawn and have lower self-esteem. They are also usually more anxious, verbally aggressive, and prone to daydreaming.

9. Stats about ADHD show that girls are less likely to be diagnosed with ADHD than boys.

Statistics show that male children are 12.9% likely to be diagnosed with this disorder, while this rate is 5.6% for female children.

Although ADHD occurs in every race, there are slightly more white children with ADHD than other races. ADHD race statistics indicate that Caucasian children make up 9.8%, African American children 9.5%, and Latino children 5.5%

11. Children residing in households where English is the first language are more likely to have ADHD.

Statistics show that these children are four times more likely to be diagnosed with ADHD than children in households where English is the second language.

12. Children whose parents have a high school education or less are more likely to have ADHD, as shown by ADHD stats.

ADHD-related stats show that children whose parents have a high school education or less represent 15.4% of ADHD cases. ADHD is less common in children of parents with a higher education level (12.8%).

13. Statistics on ADHD point out that children living in rural areas are more likely to be diagnosed with ADHD than their urban peers.

Children living in households with an income below the federal poverty level account for 18.7% of ADHD cases. Also, this is notably higher than 12.7% for children in high-income families.

A study revealed that families whose children have ADHD spend an average of $15,036 a year on their needs. This is significantly higher than $2,848 per child spent every year by families without kids that suffer from ADHD.

16. About 3 in 4 children with ADHD in the US are receiving treatment.

17. Nevada has the lowest rate of treatment in the United States.

Reports indicate that 23% of US children diagnosed with ADHD are not receiving any form of treatment. Nevada has the lowest treatment rate at 2%. Hawaii and California follow closely at  3.2% and 3.3%, respectively.

Male teens with ADHD also fail 7.5% of their courses and have GPAs that are five to nine points lower than those of male teens without ADHD.  Also, male teenagers with ADHD are 2.7% to 8.1% more likely to drop out of high school.

19. Facts on ADHD show that teen drivers with ADHD are more likely to be in traffic accidents.

As facts and stats reveal, teens with the disorder tend to engage in harmful driving behaviors and are more likely to be issued traffic violations.

20. About 27% of adolescents with substance abuse disorder have comorbid ADHD.

While the disorder may be prevalent in children, it also occurs in some adults. ADHD in men has a higher prevalence rate of 5.4% when compared to 3.2% in women.

The diagnoses of ADHD in adult people have risen at 123.3% compared to the 26.4% increase among children, as seen from ADHD statistics for 2017.

23. About 60 to 70% of adults diagnosed with ADHD have a comorbid disorder.

ADHD facts and statistics report that individuals with the disorder are 1.5 times more likely to have a substance abuse disorder. Commonly abused substances include cocaine, marijuana, nicotine, and alcohol.

According to research, adults who had ADHD symptoms in their childhood are more likely to participate in criminal activities than non-ADHD individuals.

26. ADHD has a worldwide prevalence rate of 7.2% in children.

27. Kentucky has the highest rate of ADHD in the United States.

Facts about ADHD revealed that states in the Midwest have the highest rate of ADHD in the US. Kentucky, Arkansas, and Louisiana account for 14.8%, 14.6%, and 13.3%, respectively. Nevada has the lowest rate, at 4.2%.

28. ADHD affects 4% of adults across Europe.

As the most common neuropsychiatric disorder in children, ADHD affects 5% of children in Europe.

29. According to ADHD statistics, ADHD affects more than  800,000 people in Australia today.

30. ADHD is the most prevalent psychiatric disorder in Canadian children.

ADHD has a prevalence of 1.5% among the general population in Africa. However, stats revealed that the prevalence rate ranges from 45.5% to 100% among children with organic brain injury.

32. In Indian school children, the overall percentage of ADHD prevalence is 8.8%.

A study of 3,253 school children in India revealed that the inattentive and hyperactive types of ADHD were the most common forms of the disorder. Both types of ADHD accounted for 43.3%, while the combined type of ADHD made up 13.2%.

33. People with ADHD have a lower life expectancy.

New research suggests that individuals diagnosed with ADHD are two times more likely to die prematurely than people without it. Accidents are the most common cause of premature death among people with ADHD.

Although there is no cure for ADHD, its symptoms can be reduced by maintaining a healthy diet. Interesting facts about ADHD revealed that synthetic food dyes combined with sodium benzoate preservatives could worsen the disorder.

In a clinical study of 169 children taking a combination of valerian root and lemon balm extract, their inattentiveness decreased from 75% to 14% after seven weeks. Also, stats on ADHD from that study revealed that hyperactivity reduced from 61% to 13%, and impulsiveness declined from 59% to 22%.

36. ADD is an outdated term for ADHD.

Attention deficit disorder, also known as ADD, is an outdated term that was once used to describe individuals who were inattentive but not hyperactive. ADD has symptoms of disorganization and forgetfulness.

How common is ADHD in the world?

In 2012, the prevalence rate for children was between 5.9% and 7.1% worldwide. ADHD among adults has a worldwide prevalence of 5%.

How many adults have ADHD?

Approximately 5% of adults worldwide have ADHD. About 4.4% of US adults have been diagnosed with the disorder. ADHD affects 4% of adults in Europe, 2.7% in Canada, and about 533,300 adults in Australia.

What percentage of the population has ADHD?

Do people with ADHD forget things?

While forgetfulness might be a rare thing for neurotypical individuals, people with ADHD are more forgetful. Individuals with ADHD are easily distracted and tend to lose things. They forget important dates, and they also sometimes forget to do things they usually enjoy doing.

Is ADHD more common in one ethnicity?

Although ADHD cuts across every race, it is more common among Caucasian children and less prevalent among Latinos. Statistics about ADHD show that Caucasian children account for 9.8%, children of African descent 9.5%, and for Latino children, the prevalence rate is 5.5%.

Although ADHD is more prevalent among certain demographics, it is a common disorder that affects children and adults worldwide. Currently, ADHD has no cause, risk factors, or cure.

However, it has been associated with genetics, brain injury, premature delivery, and low birth weight. With appropriate treatment and care, it can be effectively managed, and its symptoms can be drastically reduced.

Additionally, ADHD statistics show that healthy diets, appropriate physical activity, and a substantial amount of sleep can go a long way in dealing with ADHD symptoms.