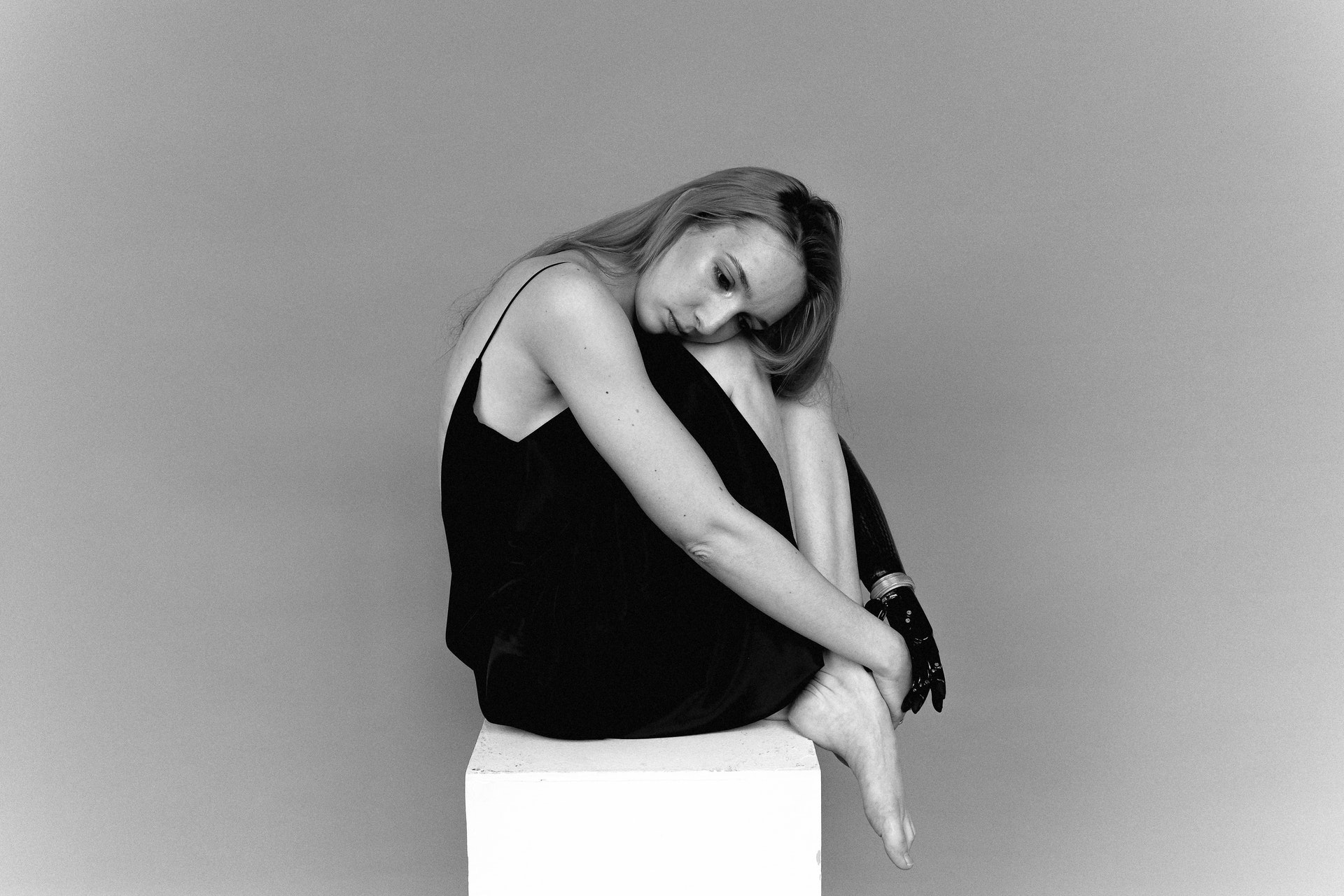 The stigma surrounding mental health discourse is slowly changing. Surprisingly (or perhaps not), it is the younger generation of the British royal family that has taken to shining a light on the mental health issues in the last couple of years, providing huge support to people who have been working with patients for years.

Their Heads Together initiative has already had a huge impact and has helped both parties — patients suffering from mental health issues and those trying to help them.

What is now becoming obvious is the extent of these disorders and the tremendous impact it has on everybody involved — the patients, their families, friends, as well as their employees and colleagues. In fact, statistics show that the incidence of mental health disorders is increasing around the world. According to predictions, by 2030, managing mental health will cost the global economy $16 trillion.

Generalized Anxiety Disorder — the Everyday Demon in Our Heads

According to the available information, generalized anxiety disorder (GAD) is a common illness, as it affects around 6.8 million people in the US alone. Those experiencing the disorder live in a perpetual state of fear and worry about mundane events. If untreated, GAD can put considerable strain on the individual suffering from the condition, as well as on people closest to them.

The National Institute of Mental Health reports that women are more likely to suffer from GAD than men, which, at least in part, is due to different hormone levels and brain chemistry. The study also shows that Western culture (North America and Western Europe) is more prone to anxiety disorders. Another worrying fact is that more and more children and adolescents are suffering from anxiety-related issues.

Current statistics imply that 59.3% of children aged 3–17 received some sort of treatment for various mental health issues. Another worrying statistic reveals that children and adolescents aged 14–19 who identify as transgender, gay, lesbian, or bisexual have higher probability (34.9%) of developing some sort of a mental disorder.

Studies have also shown that children living with parents who experience mental health issues are more likely to develop one as well. In fact, children as young as two years old can develop mental problems if their parents are affected. Hence, it would seem that all anxiety-related issues stem from early childhood, but it usually takes more than a decade to detect the problem and, hopefully, start with some form of treatment.

The most common treatment for generalized anxiety is either psychotherapy or medication. Also, the two are often combined. When it comes to psychotherapy, cognitive behavioral therapy yields the best results because the therapist is working with the patient by teaching her how to change her patterns of behavior and thoughts so that she can start feeling better.

This is a very hands-on, practical approach that is also relatively short (five to 10 months). The patients could see a significant improvement in performing a mental health test in a matter of months.

Medication is another solution. Anti-anxiety medication is the traditional route that usually includes drugs such as benzodiazepines. These are given to individuals suffering from crippling anxiety attacks that are severely diminishing their quality of life. However, this medication is usually administered on a short-term basis as it can create addiction and serious side effects. There are also SSRI antidepressants, which are given as a long-term solution.

However, medication usually addresses the symptoms rather than the root of the problem. Additionally, most mental health medications bring along a different set of problems, such as drug interactions and other adverse events.

For these reasons, therapy is the stepping stone to getting better. Medication might seem like a fast or even instantaneous solution, especially on bad days when fear, anxiety, and intrusive thoughts threaten to crush every sane thought that still might be lingering somewhere deep inside. But medication must be used only when a therapist judges it to be the best course of action for the patient.

Depression is recognized as one of the most common mental health issues affecting people around the globe, regardless of their age or gender. Some 17.3 million adults in the US have experienced serious depression at some point in their life.

Again, women are more likely to be affected by this condition, as one in seven women experiences postnatal depression. One of the most worrying factors when it comes to depression is that patients have suicidal tendencies, while 47,173 people in the US committed suicide in 2017.

Similar to anxiety, those who suffer from depression often feel as if there is no end to the dark tunnel they are trying to navigate. Yet, depression is treatable, so seeking help in the form of professional mental health services is paramount.

As with all mental disorders, there really is no overnight solution, nor is there one that will work for all. Treating depression starts by recognizing the symptoms and learning about them as much as possible. This is particularly important since depression is a complicated condition that might be triggered by one or more medical conditions, which also might need treatment.

After these initial steps, the search for the right treatment starts. It’s often a trial-and-error thing in terms of not just finding the proper sort of therapy but also finding a therapist that you can trust and be comfortable around.

According to the Mental Health Forum, a combination of therapy, medication, and changes in the patient’s lifestyle will often be a road to recovery and living a life without a dark cloud hanging above her head.

Additionally, having a supportive family and friends is of crucial importance, especially while trying to tackle excruciating disorders like depression. Having someone that you can depend on, talk to, and turn to when you have bad days is a blessing that helps tremendously. As hard as it might be to open up about your struggles to your friends and family, it’s a vital step.

Changes you might introduce to your lifestyle often rely on your community. Mental health-promoting habits include meditation, healthier diet, exercise, and getting more sleep. This might not seem as something that could help your depression, but in reality, it could have a tremendous (positive) impact.

OCD — An Enchanted Circle of Thoughts and Behaviors

It might not seem like a terrible thing to wash your hands exactly seven times when you touch a doorknob, align your books according to colors and sizes, or switch the light on and off a precise number of times before going to bed.

To most, this does not sound like a disorder that needs to be treated. However, the everyday life of people suffering from OCD tells a different story.

According to mental health statistics, the disorder can take multiple forms, and the alarming fact is that research shows the condition is on the rise, as more than 5 million Americans face an OCD diagnosis during the course of their life. As is the case with many other mental health disorders, there is a wall of shame that surrounds those suffering from OCD because they are usually desperately trying to hide it.

This is the reason why less than 10% of people suffering from OCD receive help and treatment.

Just like anxiety and depression, OCD is a dreadful deterrent to leading a fulfilled, happy life. What is even more worrying is that statistics show that 90% of those suffering from OCD also have another mental health issue, with depression and anxiety being among the most common companions.

Drug therapy has been proven to help a great deal. SSRIs are most commonly prescribed, and there is a 60% chance that the patient will recover. However, the medication must be taken consistently to prevent relapsing.

Naturally, some sort of psychotherapy is also necessary, and again, cognitive behavioral therapy is showing good results in treating and managing OCD.

Phobias — When Fear Runs Your Life

Phobias are the sort of disorder that require extensive education in mental health awareness. For example, it might be somewhat peculiar for many to comprehend how someone can be so afraid of something (often something completely benign such as balloons or water) to such a degree that it effectively runs their lives. There is no point in trying to rationalize the situation because this sort of fear is, in fact, irrational and devastatingly overwhelming. Just like most other mental health issues, phobias, be they connected with certain objects, animals or situations, diminish the quality of life.

People with this type of mental health disorders usually organize their daily routines in such a way to either completely avoid the cause of their phobia, or they try to endure it, albeit with a tremendous amount of stress.

One of the most common phobias affecting 15 million Americans is social phobia. Some 30% of those who have a social phobia is considered a severe case. As with most mental health problems, there is a wall of silence surrounding phobias, and only 40% of individuals suffering from social phobias seek treatment.

Mental health therapists claim that the most effective treatment of phobias is the so-called exposure therapy which aims to modify a patient’s response to the situation or object that is causing the overwhelming fear. The exposure is gradual but consistent.

Cognitive-behavioral therapy is also a way to manage phobias. This therapy combines the elements of exposure therapy and additional techniques, teaching patients how to handle situations or objects that are causing them distress.

Naturally, medication is also available, which often helps in the first stages of the treatment and is often combined with psychotherapy. Medication, such as sedatives and beta-blockers, lower the anxiety and panic that usually comes hand in hand with phobias.

However, medication is generally used either short-term or in specific and infrequent situations to help manage this mental health condition.

Eating Disorders — The Scourge of the 21st Century

According to available information, some 30 million Americans suffer from some type of eating disorder, but the same problem persists — people are afraid to seek help due to mental health stigma connected with these disorders which also makes a precise number of those affected hard to determine.

While genetics might play a role in developing eating disorders as well as certain personality traits such as perfectionism, it does seem that these are more common in Western culture which propagates the image of perfection, is often defined by thinness. The studies have shown that cultures in which this ideal is not so prominent have a very low percentage of people suffering from eating disorders.

Just like any mental health condition, eating disorders often have devastating effects on the patient as well as their families. Sadly, suffering from any form of an eating disorder can have a fatal outcome, with anorexia nervosa having the highest mortality rate among all mental health issues, which is why therapy is paramount.

Treatment of eating disorders is crucial, as they are often coupled with other mental health issues such as depression and anxiety.

Treatment of eating disorders is tailored to suit the specific needs of the affected individual and is a combination of psychotherapy, medication, medical care, and nutritional counseling.

The Maudsley approach to mental health counseling is the most common in psychotherapy (together with CBT), while mood stabilizers, antidepressants, and antipsychotic medication have also been proven helpful.

In cases of severe malnourishment, due to either bulimia or anorexia, individuals will be hospitalized in order to be constantly monitored for acute health risks.

Consistent therapy is crucial for those suffering from eating disorders due to frequent relapses which, if untreated, can have fatal outcomes because of the accompanying physical deterioration.

We live in a world where it’s possible to treat and cure mental health issues. If you are suffering from one, seek help. This is easier said than done, but you have to try to imagine a life where things are not all doom and gloom. There is a life that does not include such scenarios.